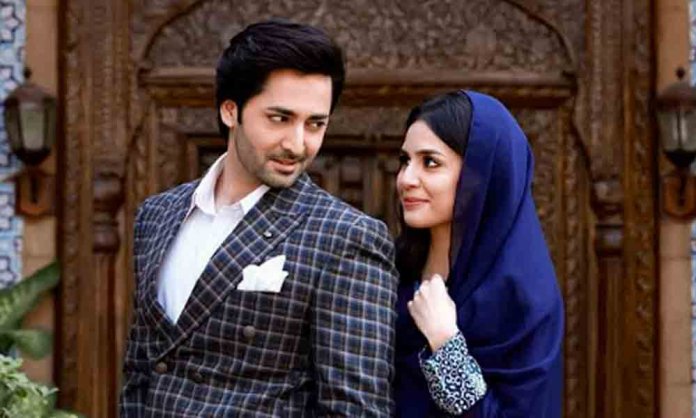 Mera Rab Waris is an upcoming drama on Har Pal Geo, starring Danish Taimoor and Madiha Imam in the lead.

Directed by Asad Jabal, this drama will also star some of the veteran actors of our entertainment industry including Abid Ali, Seemi Pasha, Tanveer Jamal, and Fazila Qazi.

Danish Taimoor as Haris and Madiha Imam as Ayesha will be seen as a couple in ‘Mera Rab Waris’.

Ayesha is an educated, strong-willed woman who knows how to stand still on her decisions. On the other hand, the character of Haris is a free-will guy who doesn’t care about others opinions.

It will be a treat to watch these two completely different characters portraying the dynamics of their relationship. We have finally got our hands on the teaser of ‘Mera Rab Waris’ and we are already intrigued.

Danish Taimoor received rave reviews from the audience with his recent performance in ‘Ab Dekh Khuda Kya Karta Hai’ in which he played the role of an antagonist. The actor is all set to grace our screens again with this upcoming drama.

The talented and beautiful Madiha Rizvi has also become a household name and she’s getting appraised for her phenomenal performance in ‘Baba Jani’ alongside Faysal Quraishi. The actress has one more project in the pipeline where she will be starring alongside Mohib Mirza.

Every Thursday (Starting from 7th March 2019)

The melodious OST of drama serial Mera Rab Waris has been written, composed and sung by Sahir Ali Bagga. His soulful voice is simply a treat to watch.