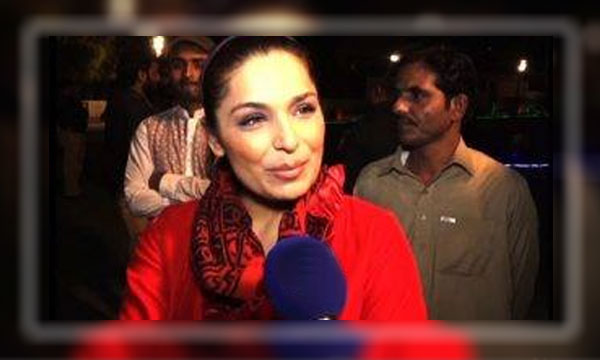 The veteran actress, Meera has always been known to be making news on various controversies. A similar antic was pulled off by her at the PSL Final that took place in Lahore’s Gaddafi Stadium yesterday.

Meera reached the venue quite late and did not have any tickets on hand.  The star was not allowed to enter the stadium by the security personnel deployed on the gates for the event.

After being approached by reporters and other media personnel she mentioned that the organisers have her ticket and she is trying to contact them.

Watch What Meera Had to Say Outside Gaddafi Stadium!

The actress fully supported Peshawar Zalmi and claimed Shahid Afridi to be her favourite player and was sad that he would not be playing this match due to his injury. While talking to media, Meera said she had received two invites for the event from Najam Sethi.

Sadly, Meera was unable to enter the stadium to watch the match live due to not having any tickets with her. She had to settle for watching the match at home as she was denied entry after all her efforts!

Meera-Ji as she is fondly known also attended a PSL match in Dubai before coming home to Lahore for the final!