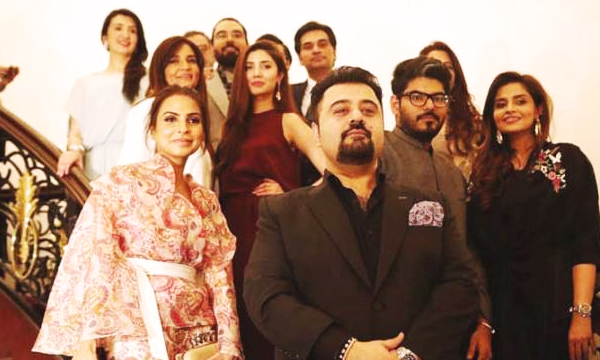 UPDATE: After the Nominations Controversy that Lux Style Awards was involved in, the Review Committee of the LUX Style Awards met to review the film nominations. The Jury tookj under consideration discussed all outstanding issues and agreed to move Ahmad Ali Butt’s Nomination from Best Actor to Best Supporting Actor for his role in Jawani Phir Nahin Aani, as highlighted by him.

The Review Committee decided that the nominations needed some revision as the earlier process was by ballot voting.

As a consequence Danish Taimoor reached towards top five for his performance as the lead role for Wrong Number. The Best Supporting Actor category, this year, will include six nominations.

For future film category considerations for LUX Style Awards, all Production Houses need to submit their screener-film copies to all members of the Jury.

The Copies need to be supported by Film entrees for categories in order to avoid nominee placement in wrong categories.

Ali Safina’s Category has not been revised despite him announcing on Facebook that his name was in the wrong category.

Controversies surrounding LUX Style Awards are nothing new! Like last year’s nomination pullouts, this year LSA has indulged itself into a new controversy- the nominee selections, announced last week.

According to the reports, Ahmad Ali Butt, the Jawani Phir Nae Aani actor earlier requested the organizers of LSA to remove his name from the Best Actor Category to Best Supporting Actor Category; following his lead was the Jalaibee fame actor, Ali Safina who withdrew his nomination from the LSA list. On the other hand, LSA Media Manager Fareshteh Aslam did not seem happy with Ali Safina and Ahmad Ali Butt’s comments, refusing to react on the nomination selection.

Meanwhile, film-maker Jami, while sharing his views regarding the controversy said: “From exhibitors to producers to distributors and even award shows there should be total honesty if our film industry is to flourish.”

The most fame gaining awards in the Industry still has no place for the writer awards. They are particularly focusing on Fashion, music, TV and Film and do not intend to make a step forward towards introducing the writing awards.

With controversies surrounding the unfair selection and lack of transparency in the LSA nominee list, will the stars ever be able to prove their worth?