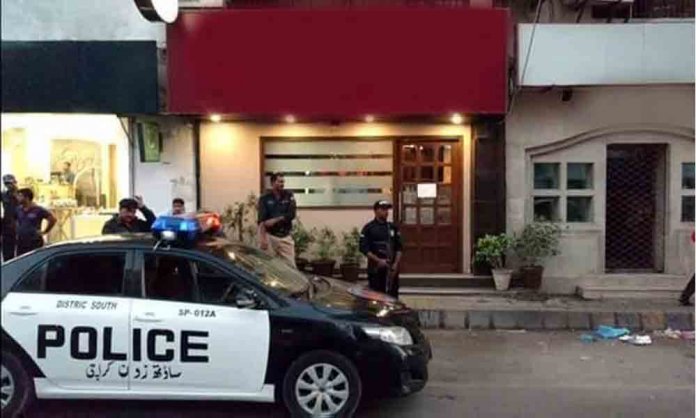 It was found that the children, Muhammad, 5 years, and his 1.5-year-old brother, Ahmed had dined at the eatery located at Zamzama and had candies at Chunky Monkey.

Medical reports from the case have now been shared. According to these reports, the children had consumed substandard food which later resulted in food poisoning, eventually leading to their death the next day.

However, it is unclear if the unhygienic food was consumed at the eatery or the amusement park.

The sources have added that the final cause of death will also be shared with the media once the microbiology report comes in. Earlier, the reports found no traces of food poisoning in samples collected at the residency.

Approximately, 60 food samples were collected and sent to the lab for tests and analysis following the demise of the minors. Sindh Food Authority also came across a huge amount of expired meat found at the eatery which was reportedly being disposed of.

One of Karachi’s leading eateries, Arizona Grill, along with Chunky Monkey has been sealed after two children lost their lives from food poisoning on Sunday.

Muhammad, 5 years, and his 1.5-year-old brother, Ahmed, had severe food poisoning after they had dinner from Arizona Grill, in DHA Zamzama. Later, they ate sweets from Chunky Monkey DHA Phase-IV on Saturday.

Ahmed of 1.5 years and Muhammad of 5 years died yesterday coz of food poisoning after having dinner at Arizona grill at ZamZama Karachi and also having ice-cream from chunky monkey both concessions were sealed off by Sind govt pic.twitter.com/3yNFQ9EE2r

Both the kids, along with their mother, got admitted in the hospital the same night but unfortunately, Muhammad and Ahmed passed away the next day.

Their mother is still admitted in the South City hospital and has been contacted by the police for the details to proceed with their investigation.

According to reports, 6 employees have been arrested by the investigation team and both, Arizona Grill and Chunky Monkey, have been sealed for an unspecified period.

Chief Minister Sindh, Syed Murad Ali Shah has taken the notice of this tragic incident. He has directed the Commissioner of Karachi to submit a detailed report regarding the inspection of these two facilities and has also advised identifying the people involved in this matter.

Arizona Grill has released a statement regarding the matter and has offered the family their deepest condolences.

Meanwhile, Chunky Monkey refrained from giving any statement and announced that all of its branches are operational.

Since both these places are quite popular among Karachities, it is an alarming call to ensure food safety measures in order to prevent any such case in the future.