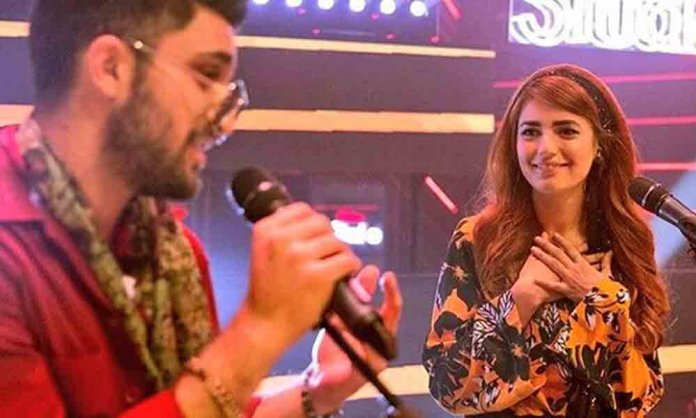 Pakistanis are known to be inspired by their heritage -from traditional dresses to the delicious food, and unforgettable music. However, Momina Mustehsan and Ahad Raza Mir just got trolled for their rendition of the iconic number ‘Ko Ko Korina‘.

Both Momina and Ahad, on his singing debut on National TV, teamed up for the very first time for this track. However, the response was not so overwhelming for the singers as people across the nation are calling it the worst version ever.

Donjon Pizza has mocked the duo’s latest project by offering a 10% discount. All consumers have to do is bear and listen to the track to avail this offer.

Cafe Liquiteria Hops on the Bandwagon

Cafe Liquiteria also picked up on this clever marketing strategy and offered its customers 15% on Monster Shakes if they accept the challenge to listen to the song.

Shafaat Ali Claims His Latest TVC Has Been Banned by PEMRA

Minister for Human Rights Dr. Shireen Mazari, is among those who took to Twitter to slam and question the rendition.

Horrendous! Destroyed a great classic – why oh why did Coke Studio allow such a massacre of this classic song? https://t.co/Iq5gfCPYcr

The comments by trolls in the feed are also quite interesting.

Sung by legendary Ahmed Rushdi and composed by the great Sohail Rana, ‘Ko Ko Korina‘ is a beautiful track from ‘Armaan’ that was released in 1966. It was filmed on Waheed Murad and can be termed as the first pop song of Pakistan.

The original track is catchy and fun to sing-along number which lightens up everyone’s mood. The party track can have anyone clapping and tapping to it.

Listen to the Momina Mustehsan and Ahad Raza Mir Version Below

What do you think of Ahad’s debut track and collaboration with Momina? Let us known in the comments below.