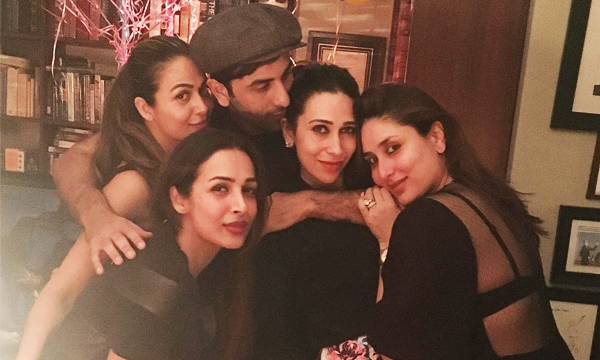 The stunning starlet, Kareena Kapoor celebrated her 36th birthday with her family and close friends! As reported by Mumbai Mirror, Kareena Kapoor, and Saif Ali Khan hosted a party at their humble abode. The party was attended by Babita, Randhir Kapoor, Karishma Kapoor, and cousins, Ranbir Kapoor, Aadar, and Armaan Jain.

The Kapoor girls had their style game on at Kareena’s birthday bash yesterday! Donning a chic all-black outfit, Kareena looked utterly radiant with her pregnancy glow. Karishma was also spotted wearing a stylish black outfit with a floral skirt.

She came with her kids, Samaira and Kiaan, nailing the look at her sister’s bash with red lipstick and a tied up bun. BFF’s of the mum-to-be, Malaika and Amrita Arora graced the event with their presence.

View the pictures of Kareena’s birthday bash below:

Read what Kareena wrote about her birthday bash:

“My birthday was a private affair with family, close friends, and great food. For me, it’s not really about the parties, quick getaways or ever discussing work, but spending time with the people I love.”

Here is a shot from Kareena’s birthday last year!

Kareena looked totally radiant in her birthday bash yesterday! Her friends, husband, and family are the people who matter to Kareena and that was proved pretty well at the event last night. The party was decorated with pink and blue balloons and a very yummy chocolate cake.

Kareena and hubby Saif are expecting their first child in December this year. 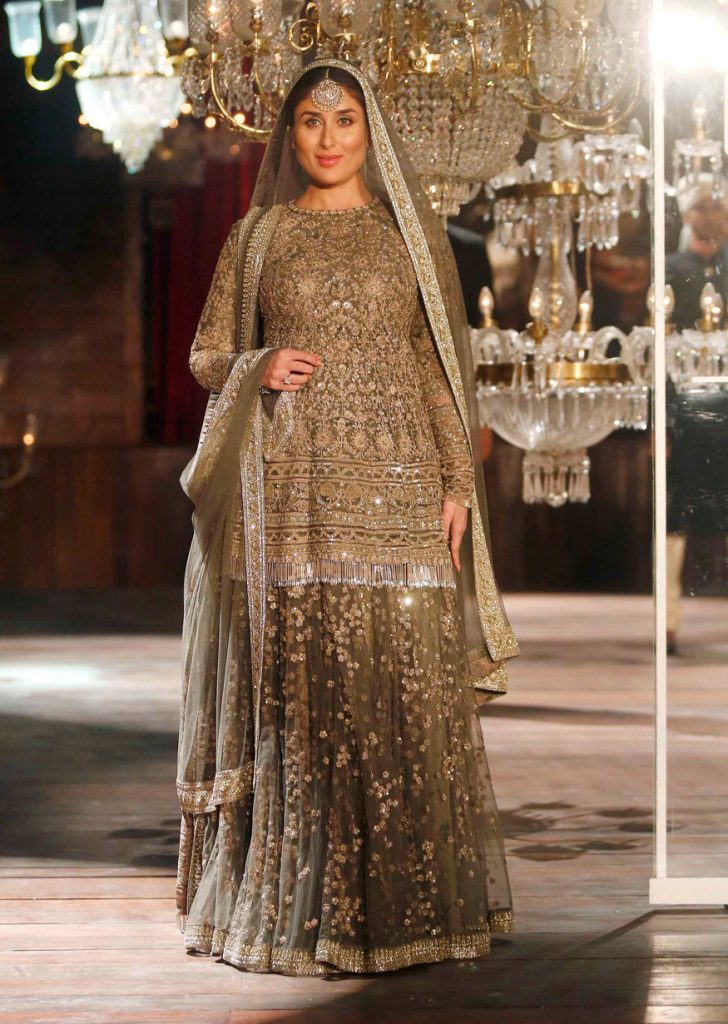 Kareena was recently in the news for revealing why she is not very active on social media: “I have my hands full already, plus I enjoy a little bit of my privacy and downtime. And in a way, I always am on social media. I have so many friends and fans who keep putting up updates; I don’t need to do anything, I can’t have that responsibility. If I keep giving my opinion on Twitter and Instagram, journalists will lose their jobs!”

Until then, here are some celebrities who showered Kareena Kapoor with adorable birthday wishes:

Lolo wished Bebo with this adorable throwback picture of the two!

Diljit Dosanjh, Kareena Kapoor Khan’s co-star in Udta Punjab, had an endearing wish for the starlet! 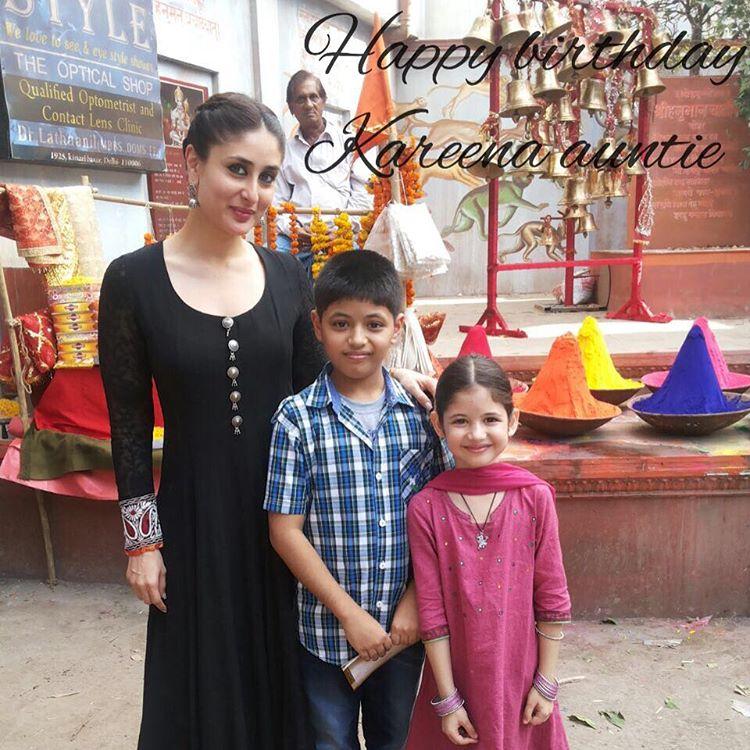 Harshaali posted a behind-the-scene picture from the sets of Bajrangi Bhaijaan that said: “Happy Birthday Kareena auntie.”
Here are some other wishes for the gorgeous diva!

Kareena Kapoor Khan is giving everyone major style goals with her chic and radiant pregnancy looks!

Here, have a look for yourselves.

Kareena Kapoor’s Pregnancy Pictures Will Give You Major Style Goals!

The talented and beautiful actress has become the poster girl for breaking cliche’s and stereotypes!

Check out how the actress broke stereotypes, below.