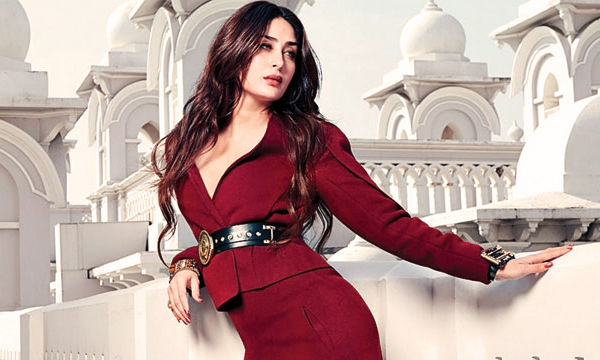 According to the rumour mill, Kareena Kapoor Khan, who we all were very excited to see in the upcoming Bollywood chick flick Veere Di Wedding has now opted out of the project. Reports suggest, Kareena was to begin shooting for the project next month but because the actress is now in her second trimester, she is not feeling good health wise and wishes to take some time off.

Kareena Kapoor Khan is ready to deliver her first baby in December 2016. However, contradicting these statements, the producer Rhea Kapoor laughed off the reports, stating that Kareena is a major part of the movie and will definitely be shooting in October. Kareena also ended the speculation stating, “We are going to shoot Veere Di Wedding for a couple of days in October. Then I will pick up the film post delivery. I am definitely doing the film. We are working on how and when we can shoot.”

Kareena had said earlier that she is a thorough professional, and does not mind shooting for the movie Veere Di Wedding during her pregnancy. “After October, Kareena will go on a break, deliver a baby in December and will resume shooting three months after that.”

No one understands the importance of sisterhood better than you! Bebo what an honour to share screen space with you! #friendslikefamily #iconic #kapoorgirlsforlife #begum #senior #veerediwedding

The actress revealed in an interview: “I have always said, I will work after marriage. I got married and I am still working. Now I am saying I will still have a child and my work will never suffer.”

An inside source revealed: “Bebo has already had a word with producer Rhea and shared her fears. While she was looking forward to shooting, she hadn’t anticipated morning sickness, fatigue, and other pregnancy-related conditions. ”

“There are a few days when Kareena cannot even get out of bed and that is why she does not want the shoot to get delayed because of her. The shooting was to be completed in two months and if Kareena follows the doctor’s advice to take rest, the shooting will get stalled,” revealed the source.

Bollywood queens, Sonam and Kareena Kapoor were uniting for a high-end masala chick flick and the fans just could not wait for the two to unleash themselves in an all girl’s entertainment flick.

So kicked to be working with an amazing actress whose talent can't be contained! @shikhatalsania welcome to the family!! #veerediwedding is gonna be one awesome ride!

It was further revealed by an inside source: “Also, once she begins shoot for the film, the producers will have no choice but to wait for her and she doesn’t want them to incur losses because of her. At this stage, even though it is late, they can replace her without any losses. Yes, it will be a headache to hunt for a leading lady of Bebo’s stature at the last minute, but it’s better than having the film stalled.”

Ever since Kareena got pregnant, fans are going gaga over her chic and sartorial style statements she has been flaunting all over B-Town.

In the beginning of this month, Kareena flaunted a chic all Philipp Plein gown. Kareena yesterday donned an off-shoulder blue dress by H&M, looking just adorable. The Udta Punjab star is glowing in that luminous skin.

We are just loving her maternity looks!

Kareena Kapoor’s Pregnancy Pictures Will Give You Major Style Goals!