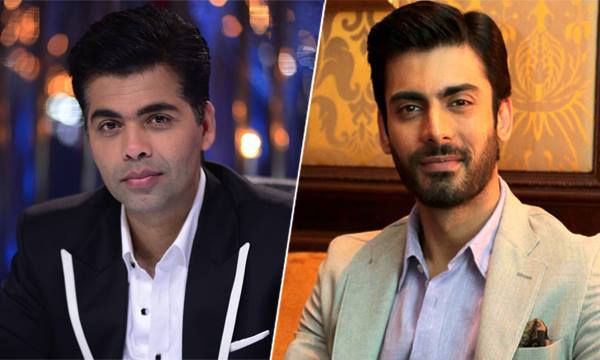 Popular Bollywood filmmaker, Karan Johar’s recently published memoir, “An Unsuitable Boy” has created waves in the industry. He has now opened up to New York Times about casting Fawad Khan as a homosexual in Kapoor & Sons.

KJo has always been under speculation related to his sexuality. He has done his part in introducing the concept of homosexuality in the India’s entertainment fraternity through movies like Dostana and Kapoor and Sons which released last year.

Pakistani heartthrob, Fawad Khan was cast in Kapoor and Sons as the apple of everyone’s eye in a middle-class family, living a secret gay life who eventually comes out to his mother in the end.

But did you know that FK was the only actor who agreed to do such a controversial role? Kjo in a recent interview mentions that it was very difficult for him to rope in any actor for the role.

“I went to eight or nine stars, and they all said that if the character is gay in the end, then no.”

After ages, he found Fawad Khan, who gave a magnificent performance and did complete justice to the role.

Read for yourself what KJO said as quoted in NY Times article:

Earlier in an interview prior to the release of Kapoor & Sons, Fawad Khan spoke about the homosexual he played in Kapoor and Sons, he said,

“Everyone has a tendency to be gay. But this movie is not about sexuality. It is just about a family that is trying to sort out their differences.”

“Even if someone plays a character like that, why will he or she become an outcast? Give it some years, and things will become normal. In the future, everyone who gets worried about these things (homosexuality) will learn to accept them. If someone is a certain way, he or she just is.”

KJo was definitely smitten with Fawad’s flawless acting skills and roped him for his next movie, Ae Dil Hai Mushkil which had a stellar cast that included Ranbir Kapoor, Aishwarya Rai, and Anushka Sharma.

However, the ban of Pakistani celebrities in Bollywood prompted KJo to break up with FK after his role as a DJ in Ae Dil Hai Muskil.