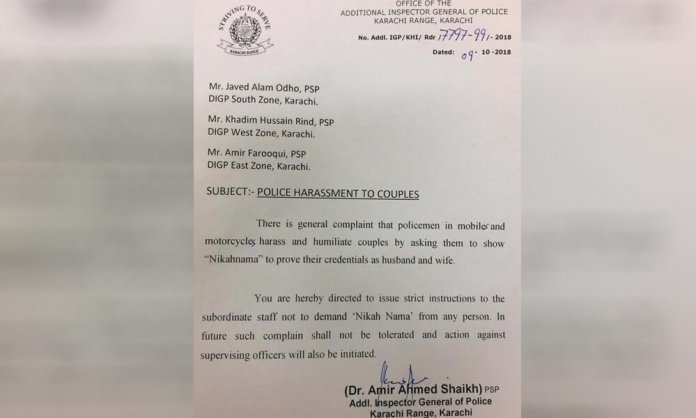 Karachi police have now instructed by the city’s police chief, Dr. Amir Sheikh, to not harass couples by asking for their marriage certificates.

On Wednesday, a notification has been issued by the Karachi police chief that a strict action will be taken against officers who would harass young couples.

According to the letter, many residents of the metropolis have filed complains that policemen in mobiles and motorcycles ask about marriage certificates from the young couples which is humiliating.

There is a general complaint that policemen in mobiles and motorcycles harass and humiliate couples by asking them to show ‘Nikahnama’ to prove their credential as husband and wife.

The letter further warned that if the concerned authorities receive further complaints, then a strict action will be taken against them.

You are hereby directed to issue strict instructions to staff not to demand Nikkah nama from any person. In further such complaint shall not be tolerated and action against supervising officers will also be initiated.

Have a look of the notification below: 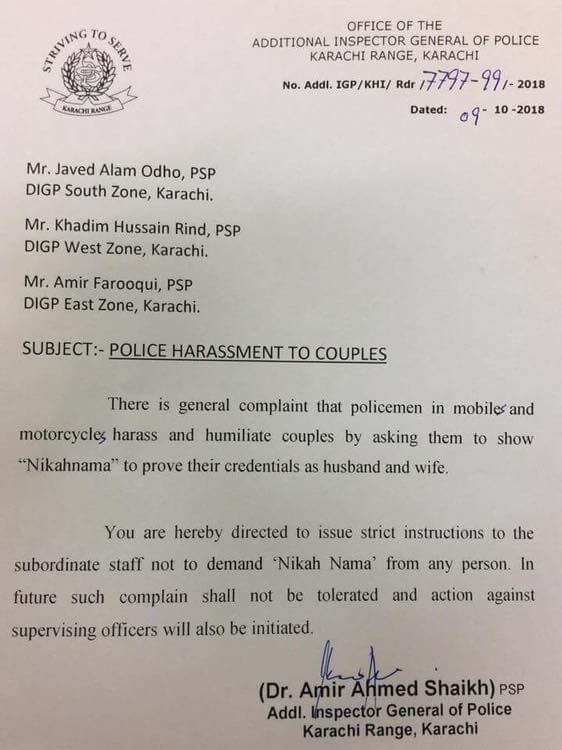 What are your views about the notification? Let us know in the comments section below.