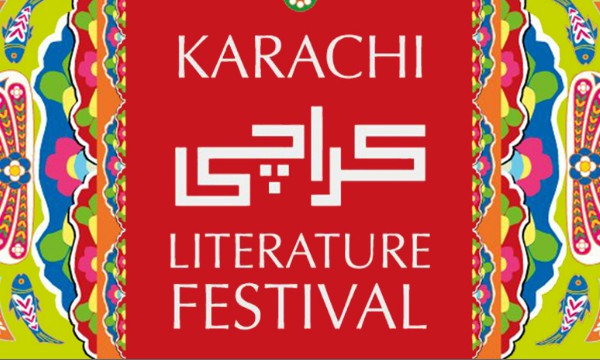 The 7th session of Karachi Literature Festival finally concluded with over 90 interactive sessions, panel discussions and great art activities attended by around 125,000 people.

Organized by Oxford University Press of Pakistan, the event served as a great platform to promote literary culture in the country. Featuring prominent writers, artists, journalists and entertainment personalities, the event gained a lot of attention due to its unique concept.

Although the absence of Indian bigwigs like Anupum Kher and Nandita Das disappointed the attendees, but there was a lot more for them to quench their literary thirst in the festival.

Read on to know why we loved attending Karachi Literature Festival 2016:

We hardly get a chance to meet with our real life idols – and KLF 2016 served as one such platform for me. I got a chance to meet the extremely talented Sharmeen Obaid Chinoy during the festival. The main garden of the Beach Luxury Hotel was fully crowded with no space to sit at all – the reason was, of course, the presence of great Sharmeen Obaid Chinoy. In an exclusive rendezvous with Omayr Aziz Saiyid, the Oscar winner shared her journey to stardom and it was mesmerizing to see the clippings from her heart-touching internationally acclaimed documentaries.

She also made a big announcement about her next project during the festival. She told the crowd that Meryl Streep would record a song to the music of Faiz Ahmed Faiz in her Sachal Studios.

Sarmad Khoosat’s directorial debut film Manto was also screened during the festival. Based on the life of great writer Saadat Hasan Manto, the film was a visual treat for his fans. After the successful screening, the film cast and crew humbly answered the audience’s queries.

Renowned Indian singer Vidya Shah came all the way from Delhi to be a part of KLF2016. Day 1 came to an end with her wonderful performance mesmerizing the audience. Shah’s performance was a tribute to great singers who got a privileged to record their songs using the gramophone including Gauhar Jaan, Zohra Bai Agrawali, Sarisviti Devi and Begum Akhtar. Vidya Shah, other than singing famous thumris and ghazals, also gave the audience a little brief about the singing legends of subcontinent. Joining Vidya Shah on the stage was our very own Coke Studio singer Zoe Viccaji. Besides performing on her famous singles, she also sang her new song ‘Ashiqi Angar’ with Gilgit-based singer Irfan.

A lot of popular stars made their way to the three days long happening Karachi Literature Festival. While some were there as session moderators and panelists, a lot of them came with a sheer passion for good reading. Sarwat Gillani, Fahad Mirza and Adnan Jaffar were among those celebrities. Film actor Ali Safina was also among the KLF attendees.

Comedy at its best

All set for my talk: Laughter, the Best Medicine! See you all at the Karachi Literature Festival! #KLF #saadharoon

As usual, the popular brands came out to support the literature festival  – Lay’s Plant A Pack activity gained wide attention where people dropped by to play their part to make Pakistan clean and green.

Lipton’s Reading Lounge was an excellent plane to enjoy your favorite book with a refreshing cup of Lipton tea.They also had an interesting corner where people were asked to write memorable quotes on the press wall to rekindle the love for literature.

Other than promoting the literary culture in Pakistan, the festival served as a great platform to display great artwork. At the entrance, a session was dedicated to little art lovers where they were trained by Indus Valley of School of Arts students in the art of painting.

Art Now soothing lounge was also a great place after a tiring session.

The @ArtnowPakistan lounge at #klf2016 is serene n soothing, just what I need after a frustrating panel. Heh #khilf pic.twitter.com/SSVPd0gagH

Imran Qureshi’s live paintings session was also a sheer delight to attend. Those beautiful art creations were sold off right away in the festival.

Live painting by Imran Qureshi happening now! #KLF2016 (will be sold in silent auction. Proceeds to go to charity) pic.twitter.com/CfWfC4d71r

The highly anticipated UBL Literary Excellence Awards Ceremony was also held on the sidelines of the literature festival. Initiated in 2010, the awards aimed to encourage a literary culture in Pakistan by appreciating the efforts of writers and poets.