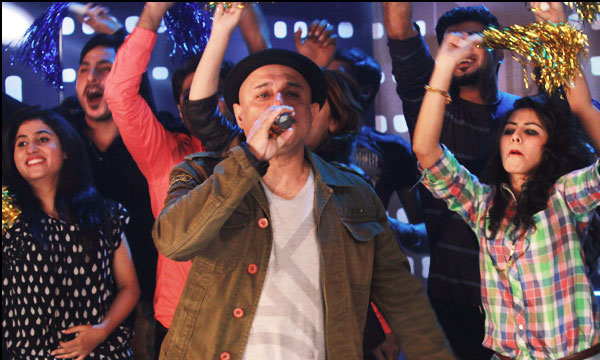 Only two left till the cricket aficionados get to witness their favourite foreign and domestic cricketing stars go head to head in the much-awaited PSL tournament. As anticipated, the official video of the anthem ‘Dilon k Hum Hain Baadshah’ was received with much admiration from the ARY owned cricket team’s fans.

Watch the official video below:

All through the video, Ali Azmat is seen singing the song, surrounded by enthusiastic fans, sporting the Karachi Kings jersey. Karachiites passion for the game is highlighted, perfectly infused with Ali Azmat’s charismatic vocals.Amping up the anticipation for Pakistan Super League 2016, the most expensive team, Karachi Kings has officially released its anthem sung by the legendary, Ali Azmat at the star-studded Karachi Kings Launch Concert held on Friday.

The song is an upbeat version of Karachi Jeete Ga, reflecting the energetic spirit of the Karachi team itself.

Watch the song video of Karachi Kings official anthem by Ali Azmat below:

Ali Azmat electrified the crowd at the National Stadium Karachi with his upbeat official song.  The event was an entertaining night where the players were warmly welcomed and artists like Saleem Javed, Shazia Khushk, Ali Azmat and Komal Rizvi, mesmerized the audiences with their performances.

Watch the event highlights below;

The team Karachi Kings, owned by CEO of ARY Digital, Salman Iqbal is one of the popular teams of the PSL 2016 panel. The team is being supported by the entire staff of ARY Digital and many renowned celebrities. The team was purchased for 2.6 million dollars.