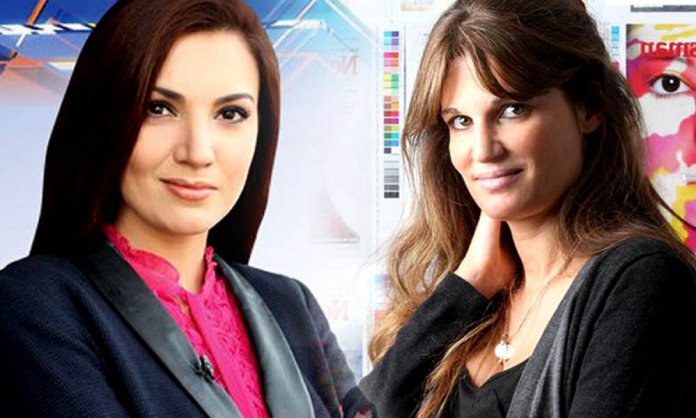 Reham Khan’s upcoming autobiography has become one of the biggest controversies on social media.

With the manuscript leaked online, the book’s content has angered several people due to the nature of allegations against some of the biggest names in Pakistan, including Hamza Ali Abbasi, Wasim Akram, and various political figures.

However, Reham Khan also did not spare Imran Khan’s son from his first wife, Jemima Goldsmith!

Father and son. Who is taller?

Reham has made heinous accusations against Sulaiman Isa Khan in her upcoming book that has angered Jemima.

And now Goldsmith has full plans to sue IK’s second wife if her biography ever hits the bookshelves in the U.K.

Istanbul Part 2. Bit weird sharing someone else's holiday snaps but they are having a far more interesting and photogenic week. And since they never pose for pictures when I ask them to & they all look quite normal here, this is a bonanza.

On Reham Khan’s book I’ve been assured that it’s too libellous to be published in the UK but if it is published here, I will be suing for defamation and breach of privacy on behalf of my (then) 16-year-old son and in relation to the moronic, re-hashed Zionist conspiracy theories.

On Reham Khan's book I've been assured that it's too libellous to be published in the UK but if it is published here, I will be suing for defamation & breach of privacy on behalf of my (then) 16 yr old son & in relation to the moronic, re-hashed Zionist conspiracy theories. Sigh

Several fans lauded Jemima for being the graceful ex and supported the lady for taking a stand against Reham.

And one of them was none other than, Hamza Ali Abbasi who too has been indirectly linked in the autobiography.

Extending his support to Jemima, he tweeted:

However, it’s not just Hamza and Jemima who are irked by these accusations. The former cricketer, Wasim Akram too spoke out against claims made by Reham against him in her book.

An excerpt from the book allegedly makes sagacious claims about the private life of the cricket superstar and his deceased wife.

RK is such a disgusting and cheap woman to write such words about @wasimakramlive and his family.#StayStrongWasimBhai pic.twitter.com/a8ljyC92aV

However, Reham seemed unfazed by the storm she had created and went on to tweet:

There is no published book atm.
There is only a manuscript.
Legal notices are acknowledged when they are served.
Legal notice is for legal counsel to respond to NOT to be discussed on TV shows.
Wait for the book to be published please.

It seems that this debate won’t be dying down soon!