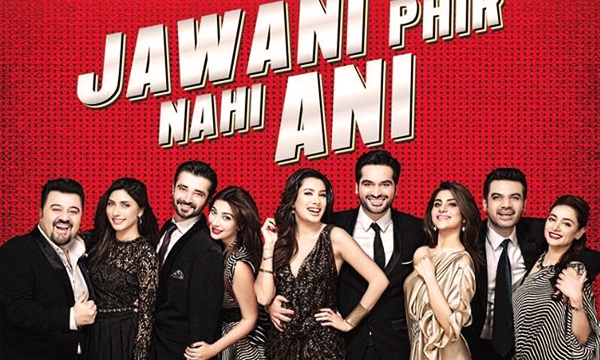 Renowned actor Humayun Saeed after producing the blockbuster film, Jawani Phir Nahi Ani, is all set to invest in its sequel. The actor confirmed Brandsynario the writer and director of the film would remain same.

“We are definitely returning with JPNA 2 and it is, of course, with Vasay Chaudhry and Nadeem Baig. Right now, the film is in the scripting stage and we will soon start filming,” he said.

The actor while talking about star cast said that they might make a few changes in it. “So far, we have decided to go ahead with the same stars in the sequel with slight changes like a few new actors will replace some old faces,” he said. It is not confirmed that whether the film will again shoot in Bangkok or they will change the locations. Chances are high that the musician Sahir Ali Bagga will once again to take on board to compose songs for the film.

The film sequel may take off in few months as the lead actor Humayun Saeed has currently been busy in his upcoming television serial Dillagi with Nadeem Baig and Mehwish Hayat.

He is also busy in finalizing the locations for another film with Nadeem Baig. Humayun Saeed’s publicist Ambar Ahmed told us the film sequel may take off in few months.

“JPNA 2 is on hold right now and its shoot will kick off in the second half of the year. Right now, Humayun is focusing more on his next production with Nadeem Baig(director) and Khalil-ur-Rehman(writer). They recently went to Europe to finalize film locations,” she said.

More details about the film are awaited. Keep visiting this space to get further updates.