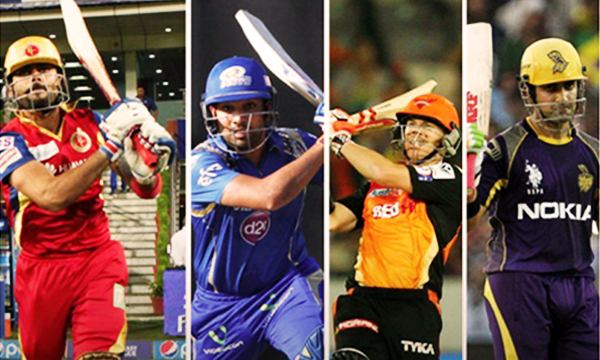 Indian Premier League, also popular as IPL is one of the biggest cricket leagues worldwide. Top notch players from all across the globe join the league and come to play for their respective teams. Until now 8 seasons of IPL have been played and the fans just cannot wait for the 9th season.

The detailed schedule and timetable of IPL 9 2016 have not been announced until now, however, it has been revealed that the ninth edition of the VIVO Indian Premier League is set to begin on April 8th with the final scheduled for May 29, 2016.

There is a total of 60 matches including 2 qualifiers and 1 eliminator leading to the finals.

Pune and Bangalore will be hosting one of the play-off matches and an eliminator round while the Wankhede Stadium in Mumbai will be the final match venue. The very first match of VIVO IPL 9 will also be played at Mumbai.

As Rajasthan Royals and Chennai Super Kings are out of IPL until 2017, there are two new teams of Rajkot and Pune that will join the league. Each team will be playing the other twice in IPL 9.

The 8 participating teams are mentioned below:

Many players were seen in the auction event since players from Chennai Super Kings and Rajasthan Royals were to find new teams for the next 2 years.  The teams consisted of players lik MS Dhoni, Steve Smith, R Ashwin, Ravi Jadeja, Brendon McCullum, Ajinkya Rahane and many more.

View the Team Sqaud for each of the 8 teams below: Both these teams had a 66 Crore capital out of which 39 Crores was spent on the 5 players.

The final schedule will be finalized by BCCI at a later date with match venues, dates and Indian times IST.