Apple has surprised us all with the latest iOS 14 – it is nothing less than a breath of fresh air. With the newest update, Apple has launched many new features such as picture-in-picture, widgets, app library, and so much more.

Virtually many of these features have been offered by Android years ago. This is the first time Apple has given some options to customize your iPhone, unlike previous versions of iOS.

However, there are very apparent issues that have not been resolved in either of the versions such as Apple’s mail app that performs poorly, or the music app that is still useless unless you decide to buy music from iTunes and more.

What we ask for

iOS 14 to Have Top 5 Android Features

The notification bar shows more information now, such as calls being blocked, apps accessing a microphone or camera, etc. Just recently, Tiktok was caught accessing information even after the user was done using the app.

The iOS 14 layout is so aesthetically pleasing than the previous version!

Current setup on #iOS14. It might change over time but each widget is a stack of two. pic.twitter.com/Vyyd1762V3

With all the new features, the iOS 14 update is bigger and better.

Here are eight cool new features from the latest update, you must check out!

8 Cool Features Of iOS 14 You Need To Know About

IOS 14 is more accessible than the previous version. For someone whose profession requires organizing, the home screen, along with widgets, can serve a higher purpose. Fun fact, You can also stack your widgets in different shapes and sizes.

You can also hide apps that you no longer use in the latest version. For apps that you use, you can easily add them to a drawer on either of the home screens—no more staring a grid of unorganized apps!

5 Changes on iOS 14 Home Screen You Should Know About

If we compare the iOS 14 with iOS 13 – I think the latest version is better, which gives you enough freedom to customize your phone and latest features to explore.

Which version of iOS is your favorite? Let us know in the comment section below. 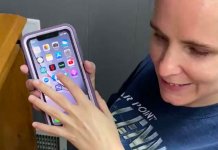 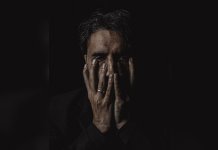 HUAWEI Nova 7i – A Trendsetter In The Realm Of Smartphone Photography