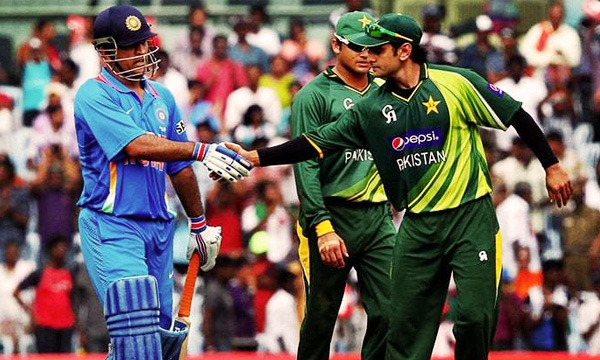 As an Indian News website confirms, Virbhadra Singh asked the Board of Control for Cricket in India (BCCI) to either cancel the match or change the venue of the game to a different location.

A letter to Indian Premier Narendra Modi was drafted by the Himachal Pradesh Ex-servicemen League requesting him to cancel the match because of the Pathankot air base attack. Thakur Sukhvinder Singh Sukhu, HPCC President stated that the match should be changed to a different venue so as to honor the feelings of the martyrs’ families.

He even made a demand for 50% of the match earnings to be donated to the martyrs’ families.

“Our party is not against holding other World Cup matches but only opposing the one against Pakistan as it would hurt the sentiments of the people, especially the families of martyrs”, Sukkhu said.

Himachal Pradesh Ex-servicemen League President Vijay Singh Mantokia stated in his letter to Narendra Modi that “Pakistan Zindabad” slogans will not be entertained when the death of their soldiers is still being mourned.

He stated that if the matter is not timely handled, an agitation movement will be held against the team of Pakistan.

In a sharp reaction to the statement by Singh, BJP MP in Lok Sabha stated that the schedule of such matches is planned in advance and no such concerns were highlighted initially.

“The venues of the World Cup matches were decided one year ago, the allotment of matches was decided six months ago. People all over have made bookings and it is not fair to give such statements at the last minute,” Thakur said to the reporters.

The fate of the highly anticipated match is still uncertain.