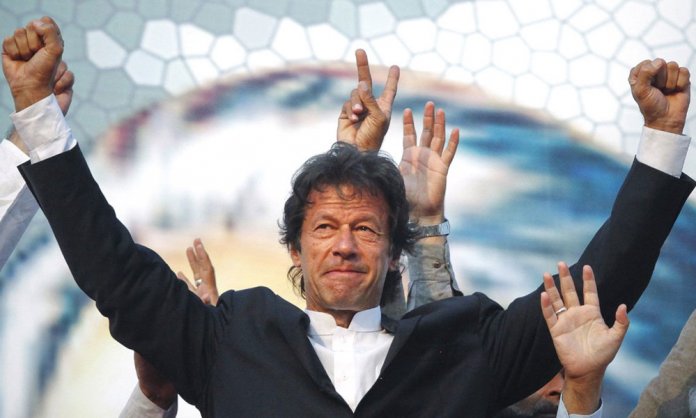 Prime Minister-to-be, Imran Khan (IK), has sent out an invite to his former sportsmen and Bollywood superstar, Aamir Khan.

IK has invited cricketer-turned-politician Navjot Sidhu who is often seen in The Kapil Sharma Show, as well as legendary cricketer Kapil Dev and even former skipper Sunil Gavaskar.

On this occasion, Sidhu expressed his joy and accepted Khan’s invitation. He said while addressing to Khan as a “man of character”;

“It is a great honour and I accept the invitation. Men of genius are admired, men of power are feared but men of character are trusted. Khan Sahab is a man of character. He can be trusted,”

“I will travel to Pakistan to attend Imran’s oath-taking ceremony as he is a reliable person,” he is reported to have said.

Khan’s political party, Pakistan-Tehreek-e-Insaf (PTI) emerged as the single largest party after results of Elections 2018 started to surface. However, the party is in talks with independent candidates and other parties as it is shy of numbers to form its own government.

It was also reported that Khan has invited India’s Prime Minister Narendra Modi to the ceremony as well. However, PTI spokesman Fawad Chaudhry said that they will invite foreign dignitaries after consulting with Pakistan Foreign Office.

BBC Apologizes For Mix Up Between Imran Khan & Wasim Akram

“Media speculations about international dignitaries attending PM oath ceremony are not correct. We have sought the advice of Foreign Office on the matter and will decide accordingly #PTI,”

Political ties in between India and Pakistan have been no less than a rollercoaster ride, with several ups and down along the way. The situation got intense after the Mumbai attacks in 2008, followed by Uri attack and constant violation of ceasefire at LOC has also added to the tension.