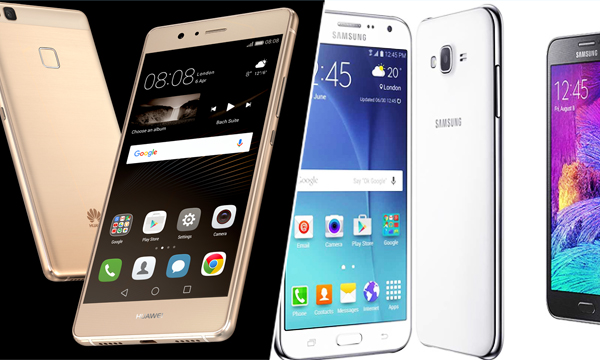 Huawei has launched P9 Lite, the successor of its best selling P8 Lite, in Pakistan and in the meanwhile, Japanese giant Samsung has brought in Galaxy J7 (2016 edition) in the country.

Huawei P9 Lite will also expected to soar high sales as the phone is packed with stunning features. The Kirin 650 Octa Core chipset is placed and paired up with 2GB of RAM for efficient processing. The phone also has 16 GB of internal memory with memory that can be extended externally up to 128 GB via microSD card slot available. The photography experience with P9 Lite is remarkable as it has a new Sony IMX214 13 megapixel rear cam combined with CMOS image sensor. The 8MP front camera guarantees perfect selfies.

The phone has a 5.2 inch high resolution display (1920 x 1080) and is powered by 3000mAh battery. It runs on the latest Android 6.0 Marshmallow and priced at PKR 28,499, the phone falls in the mid range smartphone category that consumers need.

P9 Lite is available in black white and gold color and is already popular among the customers due to the social media hype.

Samsung Galaxy J7 2016 was launched in other parts of the world earlier but now it has arrived in Pakistan. It’s a 5.5 inch large display phone with 720p resolution, supported by Octa-core 1.6 GHZ processor and coupled with the 2GB of RAM for smooth running.

J7 2016 has 16GB of internal memory that can be externally bumped up with a memory card of upto 32 GB. Samsung Galaxy J7 has 13MP rear snapper and a 5MP front shooter with a dedicated flash for better selfies.

The phone is powered by 3300mAh powerful battery that offers great battery timing. The price of phone is relatively higher PKR 33,000 and might not be affordable for majority of Pakistanis, but you get a 16GB microSD card with every purchase.