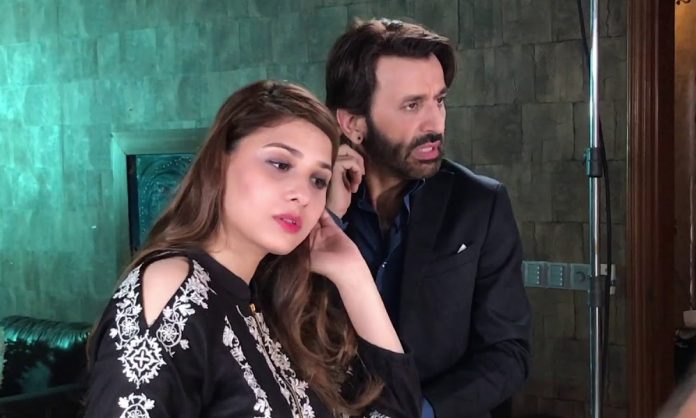 Faisal Rehman, the film star turned TV actor since forever, and newbie Hina Altaf has starred together as the lead in TV serial, Gumrah!

Recently, a BTS video of the duo has gone viral on the internet which has created an outburst on social media.

In this clip, Faisal Rehman tries to fix Hina Altaf’s visible mic and she shakes his hand off, misunderstanding his act!

This video is receiving a crazy response from social media peers. Some of them think that Hina did the right thing while according to others, she just overreacted!

While some are appreciating Hina for her perfect reflex

Others are criticizing Faisal Rehman for touching Hina without her consent!

In a super judgemental way, this one think that Hina has just overreacted!

And sadly, this mentality still persists!

And it looks like a publicity stunt to some people!

Some are asking others not to be judgemental!

Some think that such videos should not be shared!

And for some, this video went over their head!

Well, that’s a problem when you are such a good actor!

And some simply can’t stand the awful background music, including us!