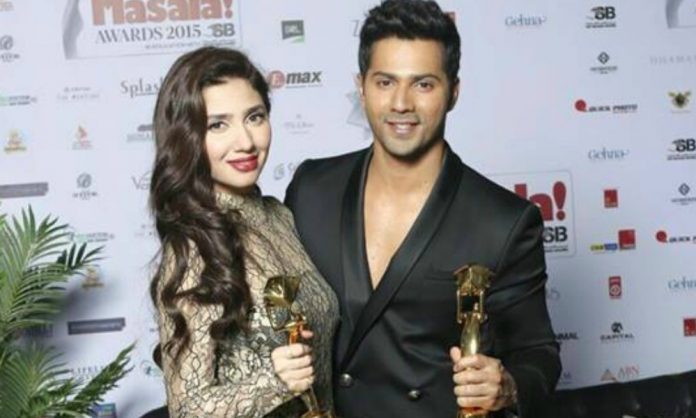 We all adore Mahira Khan for not only being our biggest superstar but also for her humble nature and down to earth personality!

The Raees star was recently spotted at an Afghan Refugee camp for UNHCR in Karachi. It is a program run by the UN refugee agency to protect the rights of the Afghan refugees and to help them relocate to Afghanistan under the largest voluntary return program in the world.

A lot of times my job has allowed me to witness days and moments that humble me. Today was one of those days. Today I’m also proud to say that my country is one of the most generous countries of the world. The Government and people of Pakistan – with the support of the international community – have been generously hosting Afghan refugees for nearly forty years. Since 2002, around 4.3 million Afghan refugees have returned back to Afghanistan under the largest voluntary return programme in the world. The UN refugee agency has been closely working with the Government of Pakistan and other partners to ensure that the rights of refugees are fully protected. Pakistan continues to host 1.39 million Afghan refugees. You may ask, why should we care? We must care because more than half of the refugees are kids. A lot of them came unaccompanied, without their mothers or fathers.. a lot of them were even born here. They are our future, every child in the world is. No one chooses to be a refugee. No one chooses to leave their home. #unhcrpakistan #UNHCR @unhcrpakistan

Mahira took to her Instagram to talk about her visit to this refugee camp and how humbled she was by this experience.

She seems really impressed by the way UNHCR is helping so many homeless people, especially underage kids, to live a better life!

These pictures have my heart ❤ oh man I love her 😭❤ ain't nobody like my Queen #Mahirakhan #UNHCR pic.twitter.com/vrK9JY8hMm

Discussing the problems of these Afghan refugees, half of whom are children, Mahira went on to say that these kids deserve to live a normal life because they are the future of this world!

Mahira also posted about these two boys who were following her everywhere even though they didn’t know her.

They were singing a song from Varun Dhawan’s movie and want to become an actor like him!

These two boys followed me around the whole time. They hadn’t watched any of my films but they insisted they knew someone called Raja. They said ‘Raja hero hai!’. We kept trying to guess who they are talking about. Finally they sang a song from @varundvn ‘s film. They also said they want to be like him. Told them one day inshAllah they will be ❤️ #unhcrpakistan #unhcr @unhcrpakistan

This post reached the other side of the border from where Varun Dhawan has sent a heart-warming message for Mahira and these kids!

Not just this, Mahira even sang “Dil Dil Pakistan” along with these kids and this video will definitely make your heart melt!

#Mahirakhan singing Dil Dil Pakistan with kids during her visit to Afghan Refugee camp today .She is so sweet and kind heart 😍 @TheMahiraKhan pic.twitter.com/URj2JYG4Xk

Considering her popularity and fan base, Mahira’s words are surely going to influence a lot of people. This will not just help these refugees live a better life but, will also help in making this world a better place!