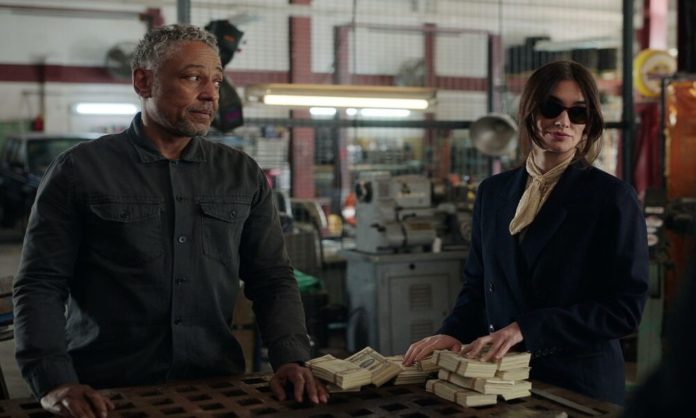 A new Netflix series ‘Kaleidoscope’ has caused a ruckus among the bunch and it is the most mind-blowing thing you’ll ever see. Kaleidoscope is a heist series that offers viewers a new perspective and angle never seen before. The limited series follows the story of a crew that attempts a heist worth $7 billion. With eight episodes named after different colors, the series follows no chronological order making the series even more adventurous.

There is one chronological order offered by Netflix and then there are those that viewers have mentioned depending on how the series of events turn out. The first seven episodes can be played out in random order. This can make up to 5,040 possible combinations making a more unique and personalized experience.

Netflix’s chronological order airs the series starting with yellow and ending with white. Meanwhile, other orders have been decided depending on the level of suspense and more. However, the streaming giant that the ‘White’ episode must always be at the last.

But if there is one thing we know it’s the thrill of experimentation and many have created a list in an order that seems the best for them. If the story and plot have got you confused, here are some possible combinations which you can check out.

This order is most possibly the one that will keep you on the edge of your seat. This order will keep you guessing for the longest time and revelations can be most surprising only of course, if you are watching for the first time.

This possible order will start the story from the aftermath of the heist and will give you insight into what went wrong. This order also deep dives into the lives of the characters and how they met. The series of secrets unfold before the heist takes place giving you information about everything in between.

While the best order can be different for different people it still is a decent enough way to start the series. This order tells the story of the heist crew and how they gathered to set up the big plan after getting tired of their odd jobs.

However, if you choose to watch the series, be sure to note the series of events that unfolds in each episode. That way you can even make up the best possible combination of your own. Rest assured even if you are not interested in the chronological order following the one on Netflix will be interesting enough to keep you hooked to the story.