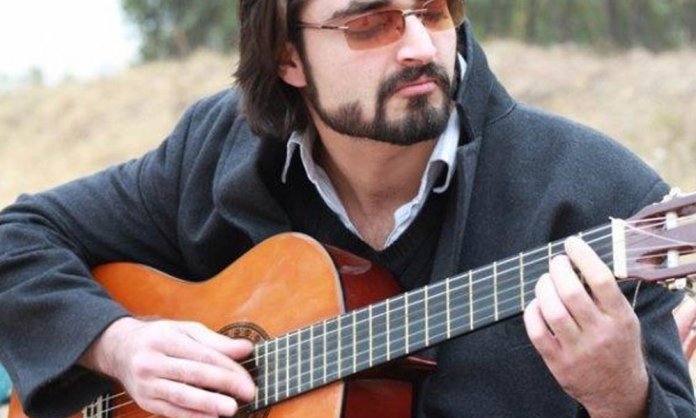 Hamza Ali Abbasi is a true patriot and he doesn’t shy away from showing off his love for Pakistan.

When it comes to the country, he absolutely believes in public display of affection and being vocal.

The actor turned political activist is also a musician. We’ve witnessed his guitar playing skills a number of times before, however, this time, it’s extra special.

Recently, his wife Naimal Khawar shared a series of Instagram stories where Hamza can be seen playing guitar at home.

The videos hinted that Naimal was painting in the background while her husband played the instrument. Now, isn’t that romantic?

Watch the video clips below:

Listen to his version here:

We are blessed. Long live Pakistan.

Which actor impressed you more? Comment and let us know.