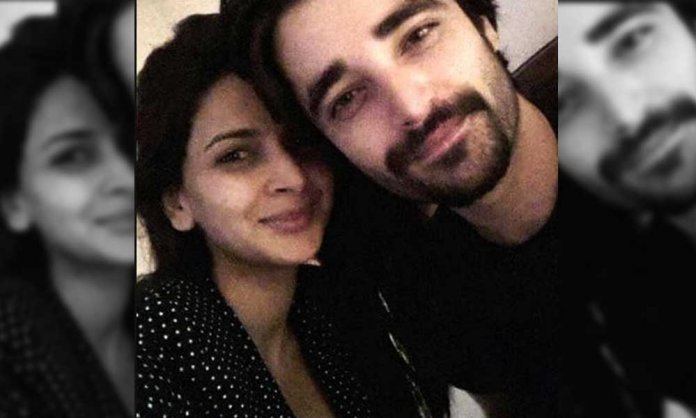 Stardom comes with a price that must be paid. All celebrities have to deal with rumours regarding their personal and professional lives.

These reports often make headlines and usually, the best way to deal with these rumours is to just ignore them.

The bigger the celebrity, the more they stay on the media radar. From hookup stories to catfights between two female actors, the list is a never-ending one.

Saba Qamar is a star who has been a victim of gossip and numerous rumours. Like her equation with Mahira Khan has been making headlines, so has her relationship with actor and political spokesperson, Hamza Ali Abbasi.

Previously, there were speculations about the two getting married, however, they both denied such news.

Now, on The Munshi Show, Saba was asked about Hamza’s wedding once again.

“I was very happy for his wedding,” Saba cleared, adding that he in fact also invited her to his wedding which she couldn’t attend due to a busy schedule.

She was busy with a shoot otherwise she would definitely have attended.

Well, we’re happy for Hamza and Saba and wish them all the best. And since we miss seeing them share the screen in a really long time, watching them in upcoming projects would be an absolute treat.

Watch the complete episode below: