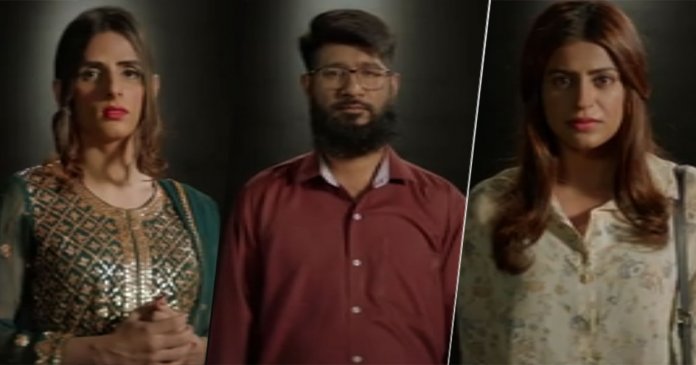 Sometimes we come across certain commercials, posters, slogans or public service messages that leave a lasting impression by actually making us wonder.

Same is the case with this latest public service message from the Ministry of Information, Government of Pakistan, that focuses mainly on humanity.

As Pakistan advances towards its 73rd Independence Day, it is important for everyone in the country to feel equally involved in the celebration. Minorities must believe that they are equally connected and celebrated, and all sorts of violence and discrimination must end.

Pakistan is a diverse land where people from several ethnic groups and communities live together. Be it Muslim, Hindu, Sikhs, Christians, Ahmadi’s or others, each community shares some contribution in the development of Pakistan.

Be it, men, women or children, we’re all equally important and equally Pakistani.

However, the fact is that the country has now strayed far from the plans of the founding father and minorities in Pakistan do not feel safe.

The video begins with a mother who lost her son to a suicide attack on the occasion of Easter. The reason being that the murderer only saw a non-muslim in him, not a child.

It moves on to show a bearded man who only gets treated like a terrorist because of his physical appearance, a woman who gets labelled characterless for earning her bread and butter, a transgender who gets shunned for the gender identity, a Shia who gets treated like a non-muslim for having different religious practices and so on…

The video stresses on the fact that we’re all humans and share the same basic rights. It’s wrong to judge people based on religion, sect, gender, appearance, profession and other things.

Biased and judgemental thinking needs to change if we want to progress as a nation.

Social Media has been admiring the campaign and hoping more people practice this open-minded approach and place humanity above everything else.

Watch the Video Below!