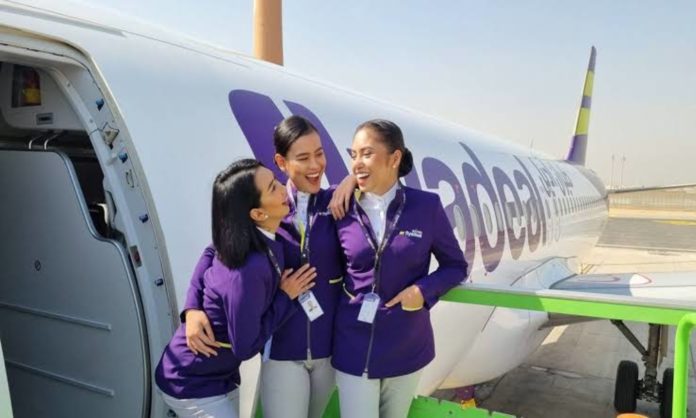 For decades, Saudi Arabia has been known as one of the most autocratic countries in the world; with little regard for women’s rights. However, things are slowly changing for the better and a couple of social reforms have now granted women freedom previously prohibited under the strictly enforced Islamic law.

In a first, a flight in Saudi Arabia has been operated by a crew comprising only women–a move which has been dubbed a milestone for women’s empowerment in the conservative kingdom.

For the first time in Saudi aviation history!🇸🇦

#flyadeal operated the first flight with all-female crew, majority of which are Saudis by the newest A320 aircraft. Flight 117, flew from #Riyadh to #Jeddah ✈️💜 pic.twitter.com/fWo08hYMd7

The flight was operated last week, completing a short domestic journey. According to airline spokesman Imad Iskandarani, most of the seven-member crew were from Saudi Arabia, including Yara Jan, who is reportedly also the youngest Saudi female pilot. The captain for the flight however was a foreign woman.

While the cabin crew is all comprised of women, the passengers on the other hand aren’t only restricted to women.

The domestic flight operated as F3-117 using one of the airline’s newest Airbus A320. Registered as HZ-FAV, the aircraft was delivered from Toulouse on April 21st. It was then introduced to operations on April 25th. The flight operated by flyadeal, was from the capital Riyadh to the Red Sea coastal city of Jeddah on Thursday. Said flyadeal spokesman Emad Iskandarani.

Read More: 4 Reliable Tour Companies Taking You All Over Pakistan

In 2019, the authority announced the first flight with a female Saudi co-pilot. Ever since then the organization is actively working to expand women’s role in the sector.

Saudi Arabia’s national aviation sector is working to increase the connectivity from Saudi Arabia to 250 destinations. Including tripling annual traffic to 330 million passengers by the end of the decade. While attracting $100 billion in investment to the region by 2030, installing a new national flag carrier, building a new airport in Riyadh, etc.

The Women That Started It All

In 2019, Yasmeen al-Maimani became the first female co-pilot in Saudi commercial airlines. She shared her experience with Saudi Aviation soon after her rise to the position as initially, she was unable to find a job in the gulf due to her gender.

“I couldn’t find any Saudi or Gulf airliners willing to recruit me because I am a woman, and couldn’t find a job in this industry despite the issuance of license from the Saudi General Authority of Civil Aviation. I knocked many doors for a job, but the refusal is still going on under the pretext that women’s jobs as female captains do not exist.”