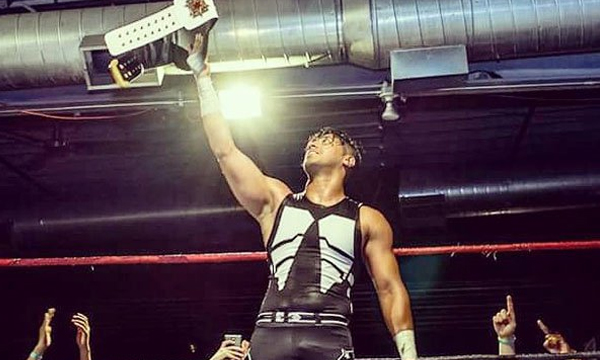 American born Pakistani wrestler Prince Mustafa Ali is all ready to make WWE debut- one of the greatest upcoming events in the wrestling arena.

Mustafa Ali has participated on the Cruiserweight Classic tournament, to be aired on the WWE Network., exclusively. Ali was in  Chicago and has been wrestling for more than 13 years. Giving an interview to a Pakistani newspaper, Ali revealed he always wanted to a wrestler and making a WWE debut has been his dream all along.

In 2013, Ali tried his luck at Performance Center in Orlando, Florida. “I was told that I wrestle well, but I don’t look like what they needed at that moment.”

After 3 years, however, WWE organized the Cruiserweight Classic and contacted him to see if he was interested. Mustafa Ali grabbed the opportunity as soon as it came and is now aiming to win the WWE championship in order to compete in the actual event at Wrestlemania. Ali also talked about his Pakistani origin; “I’m a proud Muslim. I’m proud to have a Pakistani origin. And I want this country (America) to accept me. I want to bring to light the fact that we are all the same.”

“I’ll do my best to do Pakistan proud and give them something to cheer about,” Ali said.