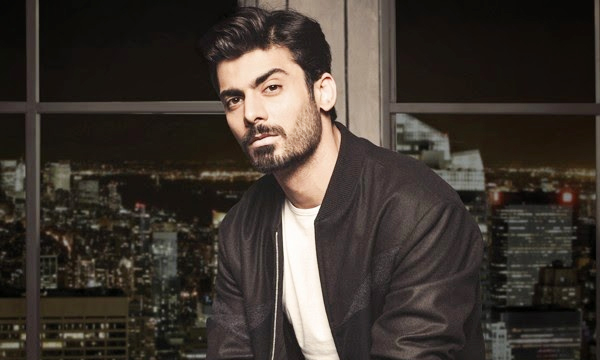 Fawad Khan, after marking his name in the Bollywood industry with hits like Khoobsurat and Kapoor and Sons is making the most of his fame in terms of his acting career in Pakistan. The recent report states that the famous actor is charging a whopping amount for doing drama serials in the Pakistani Entertainment industry.

According to Yahoo News India, the actor, before gaining popularity in the B-Town world used to charge 5-6 lakhs for a Pakistani serial of 25-30 episodes but now he demands Rs 2 million (20 lakhs) for making an appearance in the same serial.

It seems like the actor is leaving no chance to get the most out his acting career in Pakistan as well as in India.

The reports also mentioned that the TV serials in Pakistan cannot meet such a high demand made by the actor; however Fawad seemed absolutely unaffected by this as he is able to earn the same amount of money through brand endorsements in Pakistan. He recently did a LUX campaign with the uber-gorgeous Mahira Khan.

#kapoorandsons screening today at Karachi. Thank you all for the love and support.

Some rumours floating across the B-Town industry also revealed that Fawad Khan will be sharing the screen with the Bollywood Diva Deepika Padukone in an upcoming film that will be directed by the legendary  Karan Johar. Fawad Khan & Deepika To Star In Karan Johar’s Next Movie?

Karan Johar while hosting the Koffee With Karan also stated that the Bollywood celebs and production houses here love Fawad Khan and they will be pleased to cast the actor in the upcoming films.

Fawad Khan’s Bollywood debut Khoobsurat along with Sonam Kapoor was a hit; the recently released Kapoor and Sons starring Alia Bhatt and Sidharth Malhotra in the lead roles was also a complete sellout.