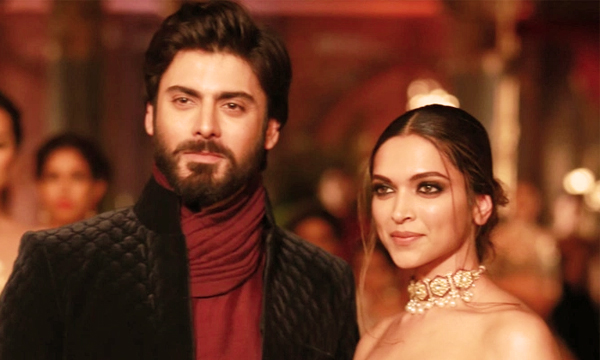 The Pakistani heartthrob Fawad Khan’s growing affection with Karan Johar is quite apparent. A more recent development catching the public’s attention is the growing bond between Deepika and Fawad Khan. The trio recently took off to Barcelona for a holiday and it seems the three will be giving us some major vacation goals.

The trio sure has bonded beautifully. A source has recently revealed, “After everyone attended a film function award in Madrid, Karan, Deepika and Fawad took off for a fun vacation to Barcelona for a few days.” Apparently, the three are headed to Barcelona to attend a fashion show.  The gorgeous diva Deepika Padukone and the Pakistani hunk Fawad Khan totally charmed the audiences and fans when the two became showstoppers for a Manish Malhotra fashion show.

Media was then abuzz with the two coming together for a movie, however, no official announcement has been made yet. Rumour has it that the trio is also reportedly celebrating a friend’s birthday in Barcelona, Spain.

Next week we will be seeing this stunning man IRL. Join us! Buy tickets here: https://t.co/w1g991K8He #IFFM2016 pic.twitter.com/8goWwjD5D6

Fawad Khan’s next stop is Australia for the Indian Film Festival of Melbourne 2016 to be held from 11th – 21st August 2016, at Hoyts Melbourne and Highpoint.

The Bollywood industry knows how Fawad Khan and Karan Johar have bonded after Kapoor & Sons. The actor will now be seen in Karan Johar’s directorial debut Ae Dil Hai Mushkil, to hit the screens soon. The film will also be starring Aishwarya Rai and Ranbir Kapoor.

It will surely be exciting to see the star sharing screen space with some of the big names of Bollywood.