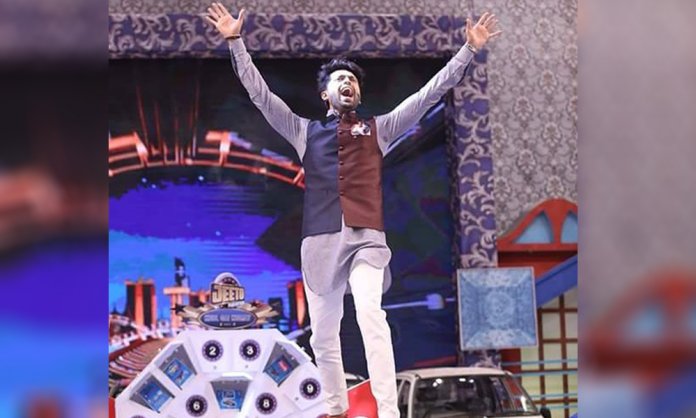 The King of Game shows Fahad Mustafa was ecstatic after Pakistan won the match against arched rivals India winning the Champions Trophy for the first time ever!

The enthusiasm he had at Jeeto Pakistan yesterday was on a completely different level. He proved he’s a true patriot at heart!

We’re sure you understand who he’s referring to as ‘Babloo’. Yep! That’s right, Fahad roasted Rishi Kapoor on the Jeeto Pakistan sets savagely!

Continuing with the Joke that was going on since Kapoor began tweeting against Pakistan, the dapper host added,

The crowd went ballistic after the Na Maloom Afraad passed this snide remark. Fahad definitely made a hilarious comeback to Rishi’s mean tweets against Pakistan.

What did you think of Fahad Mustafa’s reply to veteran Bollywood actor, Rishi Kapoor? Let us know in the comments below.