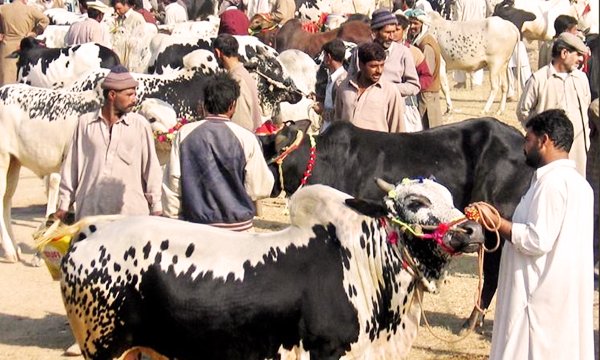 The federal government has officially announced a three-day holiday for Eid-ul-Azha 2016 on Monday, SAMAA TV reports. Bakra Eid is to be celebrated on 13th of September (Tuesday).

Interior Ministry has stated that all private and public offices are to remain closed from September 12th (Monday) to September 14th (Wednesday), according to the issued notification.

Eid-ul-Azha is a three-day Islamic event which is observed on the 10th day of Dhul Hijja (Toy al-Hijja). It is observed to honor the sacrifice of Hazrat Ibrahim (Abraham), who was willing to give up his own son, on the command of Allah.

Eid-ul-Azha is the second of the two Muslim holidays, the first one being Eid-ul-Fitr, that is celebrated every year, Eid-ul-Azha is considered a holier occasion out of the two.

Muslims commemorate the sacrifice of Hazrat Ibrahim A.S. by sacrificing goats, sheep, cows and camels and the meat of the sacrificial animal is then distributed amongst family, friends, neighbors and the needy.

Those who get Saturdays off will enjoy a five-day long holiday, starting Saturday (10th September) till Wednesday (14th September).

How To Buy Your Bakra/Cow Online for Eid-ul-Azha 2016?