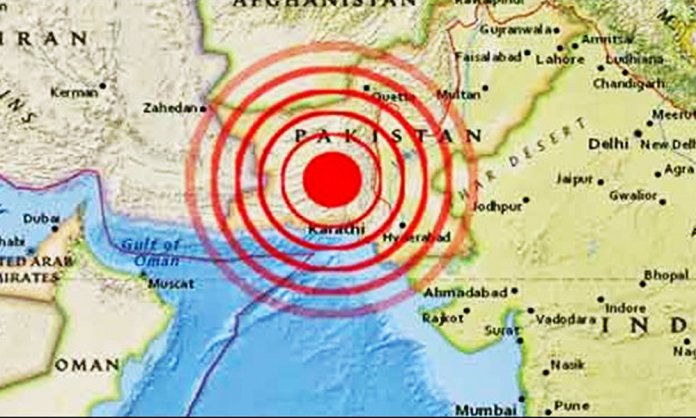 An earthquake in Pakistan today of 5.5 magnitude on Richter scale hit the northern areas of Pakistan, including Khyber Pakhtunkhwa, Fata, and Islamabad on Wednesday morning, reports Samaa News.

The unexpected jolt has stirred a wave of fear amongst the residents, however, no casualties have yet been reported.

A spokesman of Pakistan Meteorological Department while talking to Radio Pakistan revealed that the tremors were felt between 8.15am and 8.30am with the epicenter located near Bannu in KP and depth recorded at 10 kilometer

People felt the jolts for about 20 seconds.

Panic-stricken natives fled from the schools, homes, and office, chanting verses from the Holy Quran.

Earlier in January this year, a 6.1-magnitude earthquake had struck Hindukush region of Afghanistan, triggering tremors in most parts of Pakistan.