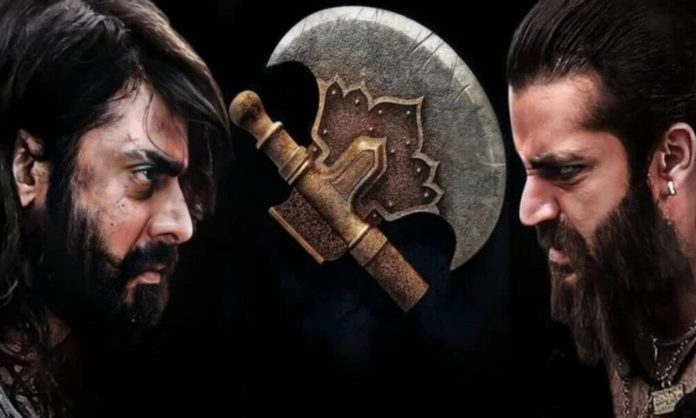 Bilal Lashari’s directorial, The Legend Of Maula Jatt, has managed to smash records at the Pakistani box office. After bagging the record of being the highest-grossing film, Maula Jatt has now crossed 100 cr. at the Box Office in Pakistan and $10 million worldwide. The news was shared by the director himself on his Twitter account. The news of the Maula Jatt release being stalled in India was reported by the Indian media last week and came as a surprise since the certificate for the film release was already taken.

Taking to his Twitter, Lashari shared that the news has come in at the right time while thanking fans for the roaring success of the blockbuster movie.

Perfect timing as #thelegendofmaulajatt crosses 100 Cr. tonight at the Box Office in Pakistan and $10 milion worldwide. Once again, a big thank you to team MJ and fans of #TLOMJ across the world who made this film a roaring success. Wishing you all a very happy new year! pic.twitter.com/CyGT4kGtTU

Fawad Khan on the other hand sat down with CNN to talk about the Lashari directorial and share his views about the success of the movie. The actor who played the lead role in the Punjabi film shared how the success of Maula Jatt has revived the Pakistani cinema industry paving the way for future productions.

Check out his detailed interview below

“It’s been big for me but I’m a small part of the entire setup. It’s essentially been a big year for Pakistani cinema as a whole. The kind of business this film has done, the kind of boundaries it has pushed, as far as the industry standards and business and even the style of filmmaking is concerned, it’s going to have a profound effect on the years to come. It’s been very long since the second coming of the industry and for it to travel so far and wide across the globe.”

Read More: Maula Jatt Is Not Gracing The Screens In India Anytime Soon

“That would be great, if it were to happen, it’s a great way to handshake,” said Fawad. “I think it’s kind of like those sweets and delights we send across to one another on Eids and Diwalis. Film and music are that kind of exchange. But things are a bit heated still, let’s see. I’ve heard it may release and it may not,” he added.

Fawad Khan also reflected on his role in the MCU debut saying, “On a personal level, it’s always good to be reminded of your history and where you’re coming from. If it serves the purpose of keeping you grounded and also keeping you focused on carrying on certain traditions because that is your identity and you can’t run away from it.”

While Maula Jatt is soaring high worldwide on the big screens it is only a matter of time before that movie sets the tone for the upcoming films. It has been a rather great year for Pakistani cinema and the best is yet to come.