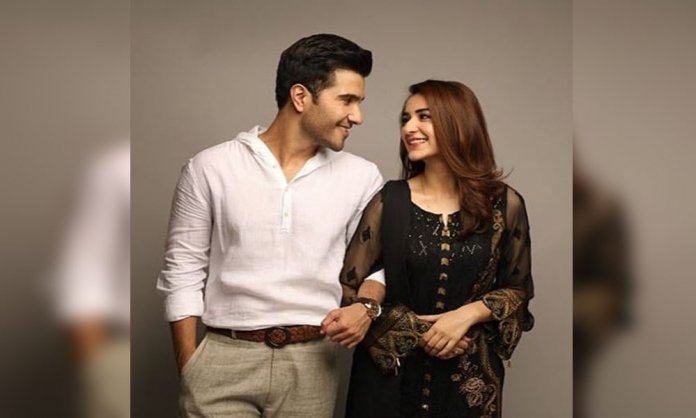 The Pakistani heartthrob Feroze Khan is back at what he does best, setting the screen on fire.

The teaser of Feroze Khan and Yumna Zaidi’s upcoming drama titled “Dil Kia Karey” has been unveiled and it already looks promising.

In the teaser, the duo can be seen deeply in love with each other and taking their story to different places.

It has been revealed that the drama is based on a love tale of the modern era with a hidden social message.

While talking about the drama, the writer of the drama Asma Nabeel said:

It is very tightly knit in the plot so I can’t reveal that at the moment but some of the other issues that we have touched upon include the second marriage of young widows that is considered a social taboo.

Directed by Mehreen Jabbar, the upcoming serial has been produced under the banner of 7th Sky Entertainment and we just cannot wait to watch it on our screens.