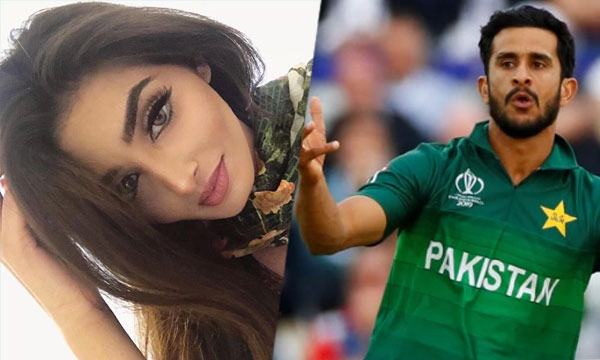 Pakistanis also love rumors, and jump at them like they’re free cupcakes.

The wedding news currently taking social media by storm is that of Hassan Ali’s wedding rumors with Shamia Arzoo.

Test cricketer Hassan Ali is going to be married on the 20th of August . His wife Shamia Arzoo is from India, Nikah ceremony will be held next month while Rukhsati will be next year.

Yes, we’re calling it a rumor because Hassan has very recently given a statement that his wedding news is not confirmed.

However, we’re still more concerned about the girl he plans to marry: Shamia Arzoo. We’re so curious that in attempts to dig for photos and other details about the fast bowler’s possible bride to be, we’ve been posting photos and collages of Hassan Ali with Shamia Azmin Ahmad, a make up artist and beauty influencer.

Take a look at all the tweets circulating with the WRONG girl’s photos:

So Finally One more time. A beautiful lady #shamiaarzoo is gonna our Bhabhi. But Congratulations Hassan Bhai. Always stay happy and blessed and enjoy your marriage. Our Support is always with you. With love. ❤️😊♥️🎉#shamiaarzoo + #hassanali = #shamiahassan ❤️❣️💖 pic.twitter.com/I3BaPnT4aM

When the truth is, Shamia Azmin Ahmad is already married.

#HasanAli is not marrying this girl please stop using her pictures, she is already happily married and have a kid. Her name is Shamia Azmin not Shamia Arzoo. pic.twitter.com/QKTT1a8y6L

Apparently, Shamia Arzoo has made a Twitter account to clarify that she is the women Hassan Ali plans to get married to.