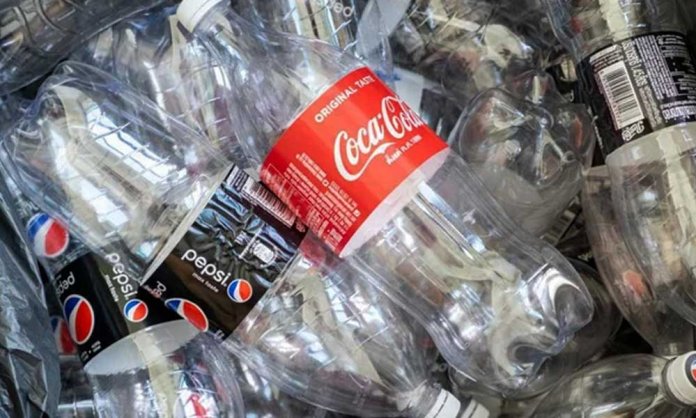 It’s time we truly declare a ‘War On Plastic’ and ditch plastic as much as possible. Plastic bags remain the biggest harm to the environment, followed by plastic bottles and caps.

The single-use water bottles may look harmless but they equate greatly to the total amount of marine waste.

Coca-Cola and PepsiCo have declared they are cutting ties with a trade association representing the plastics industry in response to pressure from the public and environmental groups, mainly Greenpeace, which has urged all companies to reduce their plastic footprint and eventually eliminate single-use plastics.

They are withdrawing from the Plastics Industry Association this year as both companies cited conflicts with the policy and advocacy work of the trade association.

The two soft drink companies said they are to leave the Plastics Industry Association as they attempt to reduce single-use plastics in their products and packaging.

The Plastics Industry Association has earlier lobbied for states to prevent banning plastic bag usage and imposing restrictions on other plastics across the country.

“This is a victory for every person that spoke up and asked Coca-Cola and PepsiCo to put their money where their mouths are and tell the Plastics Industry Association to stop preventing plastic reduction efforts,” he had added.

The soft drink giants confirmed their plans to leave the lobbying group, which represents manufacturers.

We withdrew earlier this year as a result of positions the organization was taking that were not fully consistent with our commitments and goals, -Coca-Cola Spokesperson

PepsiCo said they will end their membership at the end of the year and that it does not “participate in the policy advocacy work of the association or its subsidiaries.”

Both companies are hoping that 100 percent of their packaging will be made from recyclable, compostable, or biodegradable materials by 2025 and trying to figure out ways to reduce their use of virgin plastics and increase recycling.

What do you think about Coca-Cola and Pepsi’s latest move?

Coca-Cola Embarks on a Journey to Discover the Extremist Side of Pakistan!