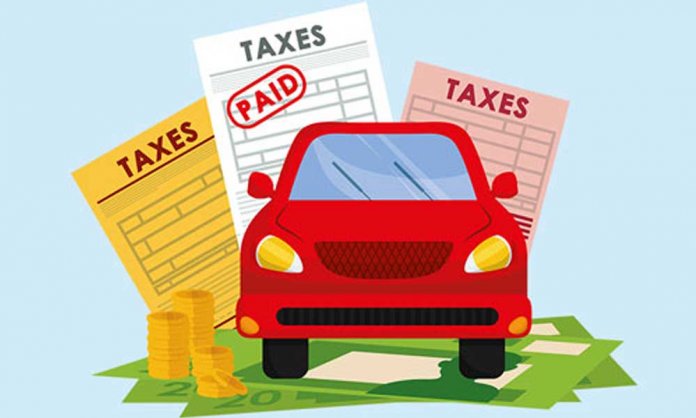 Update [3rd July 2019]: The Federal Board of Revenue (FBR) has clarified that there was a misconception created after the financial budget 2019 was announced in terms of token payment and registration of cars.

According to FBR, there was a typographical mistake which was rectified in the Finance Act, 2019. Furthermore, FBR confirmed that the rate of tax for the token payment and registration of cars remains the same as last year.

On the other hand, FBR also clarified that no tax has been levied on private cars on the base of seating capacity. However, those individuals have failed to file taxes will have to pay double in taxes than those who are on the Active Taxpayer List.

Individuals who are not eligible are advised to inform the FBR beforehand to be exempted.

The federal government of Pakistan has announced an increase in car taxes in the budget for the next fiscal year.

The taxes have increased the income and withholding tax by 600% on vehicle registration and vehicle ownership transfer levied on top of the token tax.

With this new announcement, the Punjab Excise and Taxation Department was left dumbfounded and has asked for written clarification from the Federal Board of Revenue (FBR) as it suspects an unintentional error in the finance bill.

Local manufacturers collected a one-time withholding tax from the customers and write the information on their sales invoices. However, under schedule 231 of the finance bill pages 154 and 155, it has been fixed annually on a per seat basis.

As the above-mentioned table shows the value of tax per seat, we have calculated the total tax for each category for a 4-seater car which is as follows:

The government also wants to impose an income tax along with the annual token tax of the cars and the rate can be seen below:

The collection starts from 1st July.