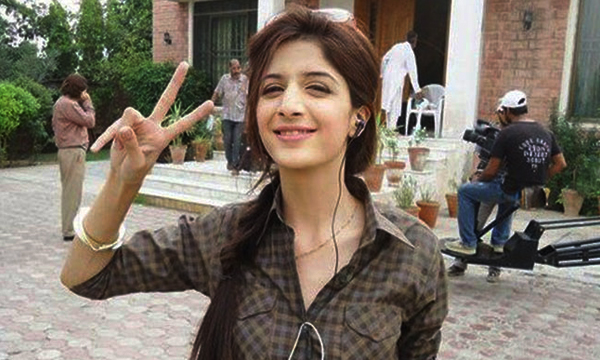 Mawra Hocane’s debut movie Sanam Teri Kasam hit the theatres on Friday and Indian media seems to love her performance in the movie. After Fawad Khan, she is another actor from Pakistan who has managed to make a name quickly in one of the most versatile film industries.

This Radhika Rao and Vinay Sapru directed romantic musical presents a different take on love story. As Mawra herself said while talking to Bollywood Hungama:

“Sanam Teri Kasam is not a story about dating or boyfriend-girlfriend business. It has far too much depth.”

Undoubtedly, Mawra’s talent to portray sobbing roles is unmatched and this is what Indian media finds most impressive about her. Just after the release of the movie, a number of tabloids and dailies wrote about her performance and praised her work in the movie including big names like Times of India and Hindustan Times.

Now that Mawra has proved her mettle in India, she is also excited to see the response of people in her home country. While talking to Bollywood Hungama she said:

“At a very young age, I have managed to make it to the list of top actors out there. There is no one as young as me who is acting there in the kind of roles I am getting. To be famous at my age is something that I feel quite proud and fortunate about. There I was, a 19-year-old some time back, and soon when I turned 20, my birthday was being celebrated on national television. What more would one want. Now that I have made my Bollywood debut, I can’t wait to get reactions from Pakistan as well.”