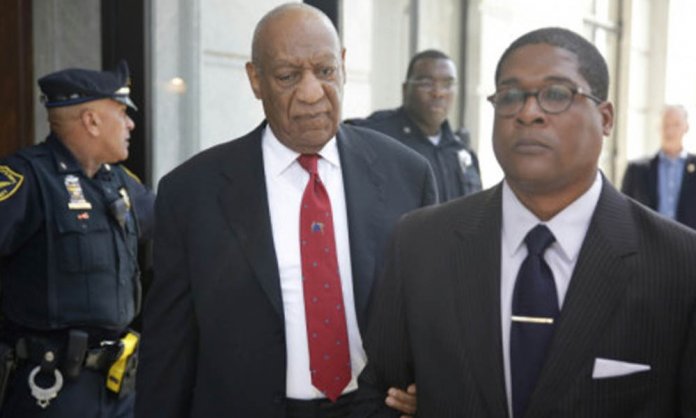 US television icon Bill Cosby was convicted of sexual assault Thursday in the first celebrity courtroom battle of the #MeToo era — a combative retrial that capped his fall from grace and offered vindication to scores of women who accused him of abuses.

The frail, 80-year-old Cosby — once beloved as “America’s Dad” — risks spending the rest of his life behind bars when he is sentenced for drugging and molesting Andrea Constand at his Philadelphia mansion in January 2004.

Cosby sat emotionless in the packed courtroom in Norristown, just outside Philadelphia, as the verdict was read out to stifled sobs and gasps in the gallery. Cosby’s attorney vowed to appeal.

It was a devastating downfall for the once towering figure in late 20th century American popular culture, the first black actor to grace primetime US television, hitting the big time after growing up as the son of a maid.

Constand, a 45-year-old Canadian former basketball player turned massage therapist, sat in court to witness the moment when Cosby was reduced to a convicted sex offender staring prison in the face.

After the jury was led out, the Emmy winner — dogged by allegations of similar assaults against 60 women — erupted in an expletive-laden tirade when prosecutors demanded his $1 million bail be revoked.

“He doesn’t have a plane, you asshole!” yelled the actor, after the district attorney claimed he could flee anywhere in the world by private jet.

“I’m not going to simply lock him up right now,” hit back an irritated Judge Steven O’Neill, referencing Cosby’s age and medical condition.

But on Thursday, a new sequestered panel, which deliberated for more than 14 hours over two days, found him guilty on all three counts of aggravated indecent assault.

Each count carries a maximum penalty of 10 years in prison. O’Neill is expected to hand down a sentence in the next 60 to 90 days.

The pioneering African American actor and entertainer, adored by millions for his defining role on “The Cosby Show,” has now been ordered by the judge not to leave his home until sentencing. 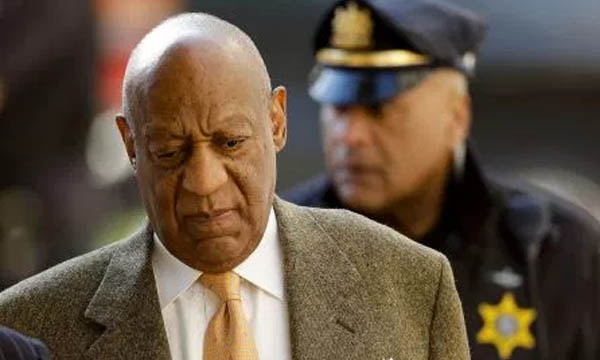 The verdict was a vindication for the prosecution, with the district attorney who presided over the conviction saying the real Cosby had been unmasked after he “spent decades preying on women.”

“He used his wealth, he used his network of supporters to help him conceal his crimes. Now we know today who was behind that act, who the real Bill Cosby was,” said the chief prosecutor, Kevin Steele, hoping the verdict would embolden other victims of sex crimes to come forward.

Other women who claimed to have been assaulted by the disgraced megastar were elated. One was so emotional, she broke down in muffled sobs and had to be escorted out of the courtroom.

“We are so happy that finally we can say, women are believed, and not only on #MeToo, but in a court of law,” said Gloria Allred, the high-profile lawyer who represents 33 Cosby accusers.

The verdict ended a winning streak for Los Angeles lawyer Tom Mesereau, who leapt to fame for getting Michael Jackson acquitted of child molestation in 2005, but whose defense that hinged on his portrayal of Constand as a money-grabbing con artist ultimately failed.

“We don’t think Mr. Cosby is guilty of anything and the fight is not over,” he told reporters.

A case with no physical evidence, the trial essentially boiled down to he-said, she-said, and what the jury thought of Constand’s credibility.

Experts had suggested that the #MeToo movement, which since last year has disgraced a litany of powerful men including Harvey Weinstein and Kevin Spacey, could make jurors more inclined to believe female victims.

Constand said she went to Cosby’s home to discuss her impending resignation as director of operations for women’s basketball at Temple University, where he was on the board of trustees.

The actor offered her three blue pills to “help take the edge off,” but within minutes, she lost consciousness.

“I could not fight him off,” she testified.

On Thursday, she beamed and hugged her attorney, but declined to speak to reporters.

Prosecutors reopened the case in 2015, nearly a decade after she signed a $3.4 million settlement with Cosby in 2006, claiming that new evidence had come to light just as other accusers came forward.

Around 60 women, many of them onetime aspiring actresses and models, publicly branded him a calculating, serial predator who plied victims with sedatives and alcohol to bed them over four decades.

Crucial to the second trial was the judge’s decision to let five other accusers testify. Constand’s case against Cosby was the only one that happened recently enough to prosecute.