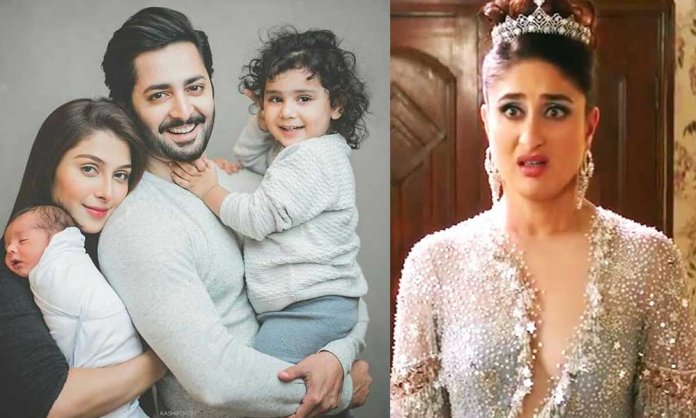 Danish Taimoor is one of Pakistan’s well-known celebrities. His better-half Ayeza Khan is also a sensation in the industry.

During an interview, the starlet shared that she was offered a Bollywood project with a renowned film director.

However, due to the political tensions between India and Pakistan,
the project could not happen.

I was contacted by director Imtiaz Ali for one of his films. I was interested in it too, however, due to deteriorated Pak-India relations it could not be possible.

On the other hand, Danish spilled the beans about an interesting Bollywood offer he had received opposite of the Diva Kareena Kapoor.

Reportedly, the actor was approached for a lead role in the star-studded Bollywood movie ‘Veere Di Wedding’.

The actor broke the news on BOL TV with his wife Ayeza Khan where the couple shared some secrets of their lives.

He shared that even the dates were finalized but then the tension between India and Pakistan escalated.

On the other hand, What are your thoughts about the story? Let us know in the comments section below.