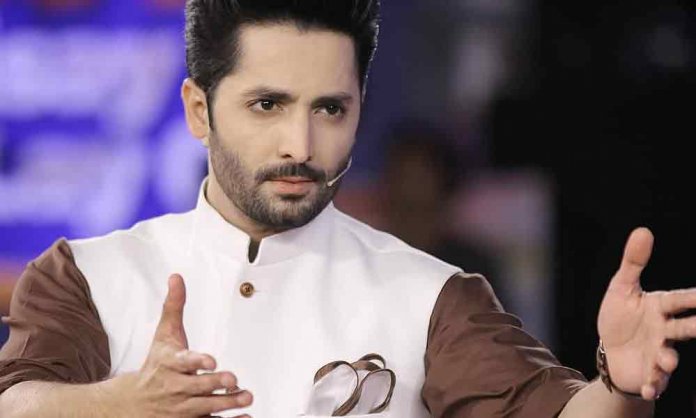 Actor turned TV host Danish Taimoor has been catching some heat after making fun of one of his show attendees on Bol TV.

During the contest of round of musical chairs, Danish Taimoor was continuously fat-shaming the contestants and calling her ‘aunty’ which created a storm on the social media.

Urmila Matondkar Speaks Up About Marrying a Muslim & Converting To Islam

As soon as the video went online, a number of netizens took to their social media account and lashed out at the actor for blatantly fat-shaming the girl.

Have a look at what people had to say!

So, #danishtaimoor is pretty despicable – in a long line of Pakistani male celebrities who think they are funny. #BodyShaming isn’t humorous Danish, neither is hurting someone’s feelings. Cracking jokes on how someone looks just really shows what trash you are.

Danish taimoor needs to make a public apology to the woman he humiliated. It's not funny to comment on woman's body on public forum.#danishtaimoor

Fat shaming? This is 2019! Grow up man. Shame!#DanishTaimoor #Pakistan #pakistanmedia

After facing major backlash, Danish Taimoor finally called the same girl on his show again and cleared the air with her.

You are like my sister and we all are here to play the game and enjoy. There no need to take anything on your heart.

Have a look at the clip!

Some people was saying that Danish make fun of this lady by calling her aunty but from his act in today's episode clearly shown that his intention was not that.. So guys don't get into any jesters until you won't get the intention of somebody stay positive and spread love and peace.. Proud of you Danish Bhai @ayezakhan.ak @danishtaimoor16 #ayezakhan #danishtaimoor #bolchannel #gameshowaisaychalayga #spreadlove #staypositive #stayhumble #proudofyou

He also said that his audience is like his family and he would not hurt his family member ever.

Moreover, his wife Ayeza Khan also shared the video on her Instagram story and said that she is proud of him.