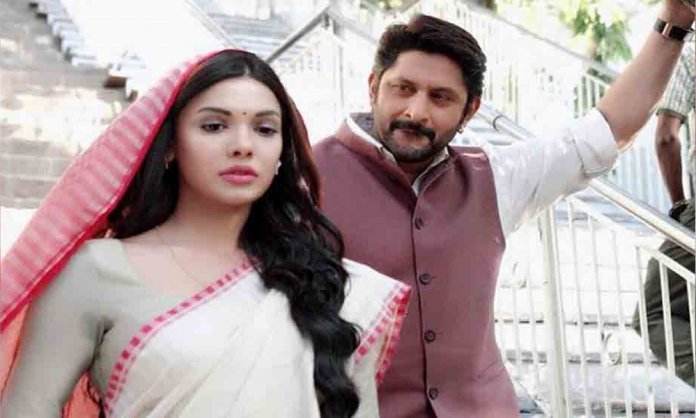 The Pakistani diva Sara Loren is all geared up for her Bollywood comeback in an upcoming movie ‘Fraud Saiyaan’, opposite Arshad Warsi, and the news is doing all rounds on social media.

However, the actress is unable to promote the film as she has been facing some trouble over her visa in India.

It has been reported that the visa of the actress has been denied thrice in a row but she is still hoping to join her team before the film releases.

It’s not just her who is upset over the issue, her co-star from ‘Fraud Saiyan’ Arshad Warsi is also disappointed over her absence.

During an interview to an Indian publication ZoomTV.com, the Bollywood hunk Arshad Warsi jokingly called her ‘fraud’ said that he was first unaware of the fact that Sara Loren is from Pakistan but he is hopeful that she gets her visa soon.

She is a fraud! (laughs). I always thought that she was from Muscat because I think I asked her once, she told me she was from somewhere there. So, I was like, “Oh, okay”. So, I didn’t even know that.

I hope it (her Indian visa) happens before the 18th (Fraud Saiyaan’s release date). Because if she gets a visa for the 19th, it’s pointless (laughs).

The upcoming movie has been produced by Disha Prakash Jha and Kanishk which is all set to release on 18 January.