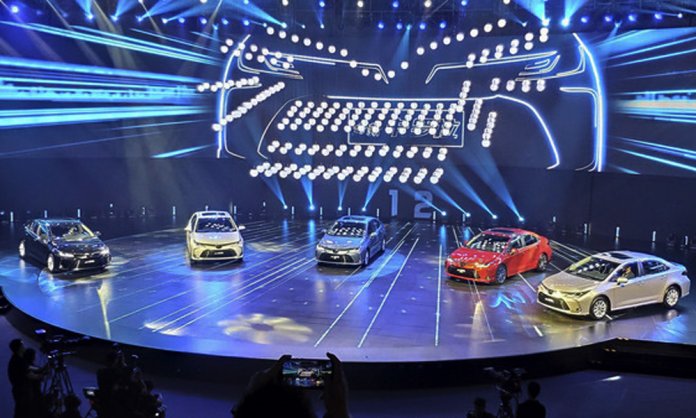 The All-New 12th gen Toyota Corolla has officially been launched in China!

The Corolla had made its debut at the Guangzhou Auto Show in November 2018. The car is a joint venture between FAW and Toyota.

The TNGA-based Corolla is available in both internal combustion and hybrid derivatives. Previously in May, Toyota had joined another joint venture in China with GAC-Toyota at launch their very own version of the 12th gen Corolla as called as ‘Levin’.

The 12th gen Toyota Corolla has a 1.2T unit with a maximum power of 116 hp, mated to CVT gearbox. Whereas the hybrid model is equipped with a 1.8L Atkinson cycle.