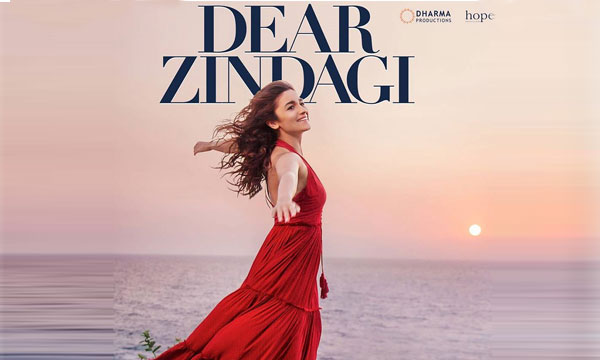 Check out the trailers of Dear Zindagi here.

Check out the latest posters of Dear Zindagi here. All you need is someone to make great conversations with. #DearZindagiTake2 @iamsrk @aliaa08 pic.twitter.com/3BKy4MMsNv

Thank you for the love you have given the #DearZindagiFirstLook ! pic.twitter.com/KtCpdWUBr9

You will love these Twitter tales between SRK and Alia regarding their movie.

To which Shah Rukh replied.

The upcoming film also stars Ali Zafar in a cameo role and is slated to release on November 25th.
Soon after the first look was revealed, Zafar shared a candid photo on his Instagram with the whole cast of Dear Zindagi. The snap is from a dinner Khan organized for the whole team!

We just can’t wait to see SRK and Alia’s crackling chemistry on the silver screen.

Ali Zafar, along with the popular actors Shah Rukh Khan, Kunal Kapoor, Aditya Roy Kapoor, Angad Bedi and charming actress Alia Bhatt has finally wrapped up the shoot for their upcoming film. The movie was initially named as ‘Walk & Talk’, however, the title has now been changed to ‘Dear Zindagi’. Currently the movie is in post-production and is slated to release in November this year. Gauri Shinde’s upcoming Bollywood venture after English Vinglish will be revolving around Alia Bhatt, who is a filmmaker in the movie and is in search for compatible actors for her upcoming project.

Her journey in finding some competent actors for her work, makes her meet and date four men including Ali Zafar who is passionate about music.

Tangled up in relationships, Alia Bhatt then meets SRK, who is playing a role of a psychiatrist in the movie. Making Alia, learn to think out of the box and look at the broader perspective in life, Khan helps her regain the trust and faith she has lost in herself.

Apparently Ali Zafar’s role in the movie is quite interesting as the role he is playing in the movie somehow reflects his own life. Reports also reveal that Shah Rukh Khan is playing the role of a psychiatrist, who acts as Alia Bhatt’s coach. Ali Zafar is going to be seen in the character of a musician, passionate about music as love. Let’s see how this movie turns out!

Most parts of the film are shot in Goa and Mumbai. Currently, the film is undergoing post-production; and the film’s soundtrack is complete while the expected release date for the movie is November 2016.