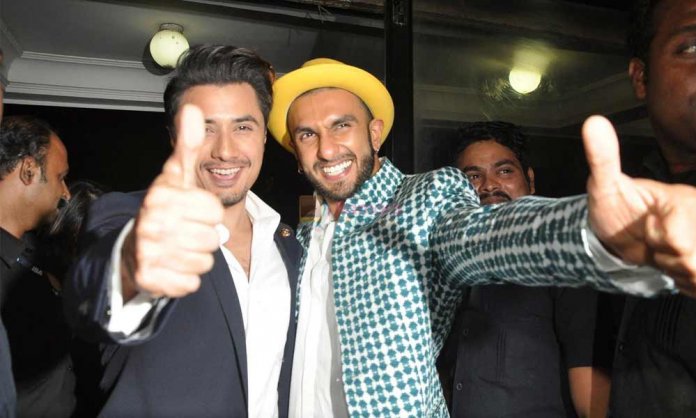 Amidst the growing tension between India and Pakistan, there are still a number of celebrities who are calling for peace and military restraint.

Many of the famous celebrities used their social media accounts to voice their concern over the consequences in case of a war between the two nations.

Similarly, the ‘Teefa In Trouble’ actor Ali Zafar has been advising both the governments to come to the table and work towards peace.

He was also praised by many Indian celebrities for endorsing PM Imran Khan’s speech which was all about peace and harmony.

As soon as it was officially announced that the Indian pilot Wing Commander Abhinandan was arrested, many Bollywood celebrities prayed for his released.

Braveheart Wing Commander Abhinandan, India is with you.

Braveheart Wing Commander Abhinandan. India is with you. 🇮🇳

Soon after it was revealed that the Wing Commander Abhinandan will be released as a peace gesture, Ali Zafar tagged Ranveer Singh on Twitter and said:

And soon he will be with India and his family back home. #peace. 🇵🇰 https://t.co/Grz4bI1DlS

What are your thoughts about the story where two co-stars from Kill Dil interacted? Let us know in the comments section below.