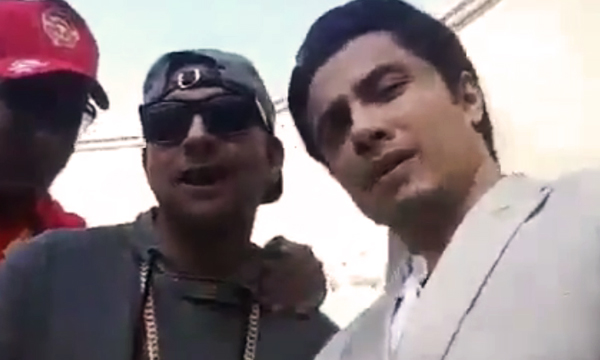 The preparations for the Pakistan Super League 2016 are in full swing at Dubai and the excitement for the greatest event in cricket history is soaring high. The excitement has further been amped up as Ali Zafar, the face of PSL 2016 and the international pop star Sean Paul as they do a fun filled dubsmash with the cricket legend Wasim Akram.

The celebrities do look pretty excited for the event. Watch the dubsmash video below:

It was already known that local celebrities were promoting the PSL event in Dubai, but the internationally recognized rock stars Ali Zafar and Sean Pual have also joined the club. They will be performing at the grand opening ceremony of PSL 2016, starting tomorrow.

Look what Ali Zafar has to say to Shahid Afridi in Pushto below:

Karachi Kings, Islamabad United,  Lahore Qalandars, Peshawar Zalmi and Quetta Gladiators have arrived in Dubai for participating in the first edition of PSL 2016. The members of the teams were given a warm welcome by the administration upon arrival.

Ali Zafar, along with Fawad Khan is the official ambassador for the franchise Islamabad United (ISLU) amping the anticipation. The anthem ‘Chakka Choka’, for ISLU and the official HBL PSL Anthem have both been sung by the rockstar Ali Zafar.

Pakistan is set to launch its first franchise-based Twenty20 league in the UAE on Thursday as its cash-strapped cricket board seeks to boost revenues and reverse the national team’s slide in the game’s shortest format.