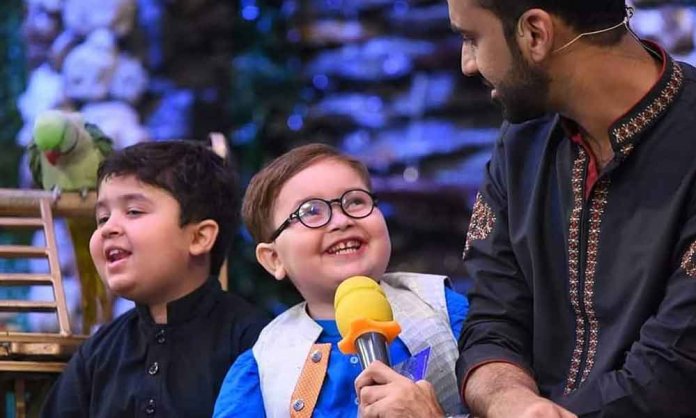 Ahmed Shah, the latest media sensation and talk of the town has once again taken the social media by storm. However, this time it is for a different reason than his usual cuteness.

Celebrities, journalists, and fans have all started noticing Ahmed Shah’s constant presence at LIVE Ramzan transmissions, and they are not having it.

He has been spotted daily on ARY Digital in Shan e Iftar with Waseem Badami, Jeeto Pakistan with Fahad Mustafa, and also sometimes with Nida Yasir on her morning show.

Journalist and former PTV anchor, Sana Ejaz took to Twitter to express her views on the matter.

It’s time we talked about our entertainment industry using Ahmed Shah as a prop.

Considering that the child star is a minor, and is probably kept at shows for ungodly long hours without his consent, it does seem a little unfair.

People are of the opinion that the child is being exploited by the media for ratings, even at the cost of his health, sleep, and him being away from his family and home. 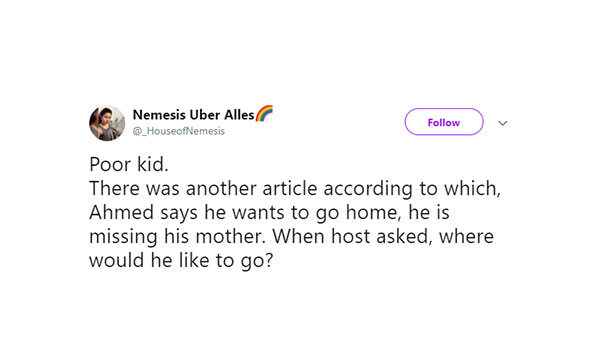 Exact thing I was talking about an hour ago with my friend.

But somehow this is bad with this kid.

I had said it last year too. I dont see stars bringing their kids. Why is Ahmed Shah used that way? No wonder he is cute but I guess at this age he should go to school. I have no objection with him being with other kids in Shan e ramzan but jeeto Pakistan is wrong.

The athlete’s question was in reference to Shehzad Roy’s latest initiative #ProtectOurChildren, which involves celebrities like Mahira Khan and Zeba Bakhtiyar.

The initiative is aimed at demanding that the government introduce Life Skills Based Education in schools so the children can learn to understand and battle physical abuse.

Shame on you guys for using these kids especially Ahmed shah as prop for ratings. Kuch sharam kar lo

exploiting the cuteness of #AhmedShah & displaying his expression as showpiece to earn ratings is beyond sense. His childhood, his privacy & his reputation are all going to be affected for life.#ARYDigital

Where's woke and anti harrasment crowd, Ahmed SHAH being used for giving chumis to Fahad Mustafa and his guests!

# Justice for that Cutiepie

Earlier, an inappropriate video of Ahmed with self-proclaimed model and TikTok sensation, Hareem Shah got viral.

Many people termed her behavior with the child as harassment, under the light of which these questions make sense.

Some are also saying that it is the child’s parents who are at fault for allowing channels to keep him on set just for the sake of some money. The child is too young to have a will of his own, after all.

Can you just stop hating Ahmed Shah for no obvious reasons?? He's a kid, it's his parents, media and us who ruined him.