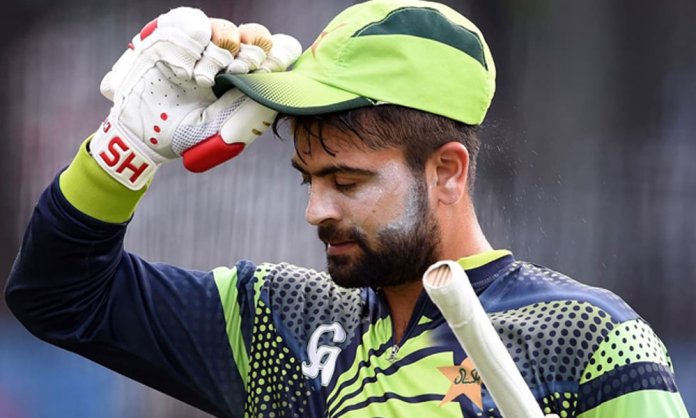 According to the Express Tribune, PCB will officially announce the verdict on the matter this week.

The ban can be increased to two years if found guilty for the second time and can result in a lifetime ban if occurred for the third time.

The Pakistani batsman was tested positive for dope after reports came forth in May. Shehzad is most likely to face a ban for violating anti-doping laws set by ICC. However, he does have the right to opt for a second test if he wishes. The report further claims that Ahmed was tested during a recent domestic cricket tournament.

The news took over social media after sports journalist Zainab Abbas tweeted about the test coming back as positive.

Ahmad Shahzad has been tested positive for Marijuana – the test was conducted prior to the Scotland series during Pakistan Cup.

Trollers could not resist!!

He didn’t even deserve to be in the current team in the first place!!!

Earlier, in an official statement by PCB, the board confirmed that a player has tested positive for the usage of a prohibited substance, without naming the offender.

“A player has reportedly tested positive for a prohibited substance. But under ICC rules PCB cannot name the player or chargesheet him until the chemical report is CONFIRMED by the Anti-Dope Agency of the government. We should have an answer in a day or two,” -PCB

Authorities gave this news after a meeting with the selection committee and Head Coach Mickey Arthur while discussing the team for Zimbabwe tour. It was further discovered that PCB had decided to drop Shehzad for it, while Mohammad Hafeez and Shan Masood were the contenders for the slot.

In June, Shehzad recently played for Pakistan in the two-match T20I series in Scotland.