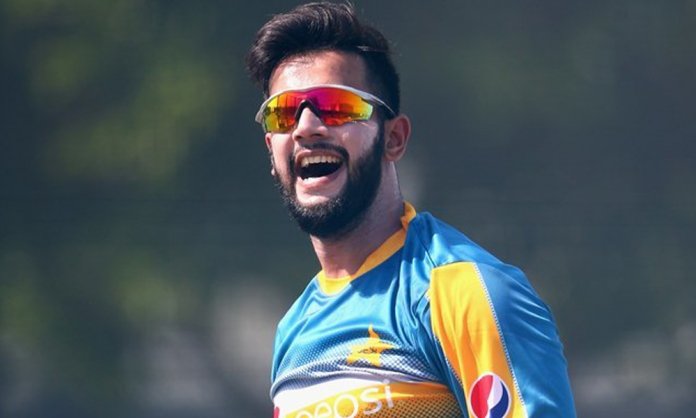 The 30-year-old will marry his wife-to-be Sania Ashfaq in Islamabad. Their wedding dinner or walima will be held at Pafsom Arena on Monday, 26th August.

Reportedly, PM Imran Khan has been invited to the ceremony along with Pakistan Cricket Board (PCB) Chairman Ehsan Mani, PCB Managing Director Wasim Khan and other legendary cricketers such as Wasim Akram and Shahid Afridi have been invited as well.

A London based Pakistani economic researcher and management expert, Sania Ashfaq is a Lahori who shifted to the UK for her higher studies.

Reportedly their marriage ceremony will be held on the 26th of August in Islamabad.

When interviewed regarding the same, here is what Imad said:

“I will get a week’s break from my professional commitments for the marriage ceremony and will rejoin Nottinghamshire for the remaining matches,”

According to the source, the Pakistani cricketer met the girl in London for the first time and have known each other for a while.

We wish the couple all the best and look forward to the wedding!