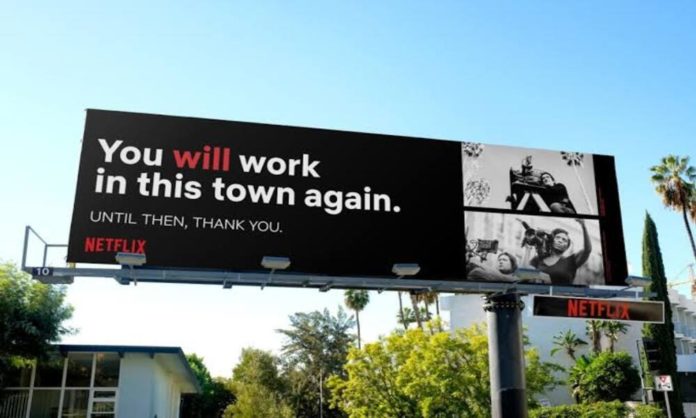 Netflix’s marketing strategies have always wowed its customers. Netflix marketing is an integrated, agile approach to brand development and customer relationship management, which works great in the digital age thanks to innovation, adoption of the latest technology, creative advertising, and real-time data analytics.

With a blend of traditional and digital marketing strategies, modern marketers can capture audiences across a wide range of channels.

Marketers must seek innovative ways of bringing multiple channels and tools together to offer a better customer experience, the way Netflix does.

But how is Netflix paving a way for innovative and nimble marketing? Take a look at some of the amazing marketing strategies from the streaming giant.

The Netflix original series became the talk of the town ever since its trailer release. Netflix left no stoned unturned in coming up with a marketing strategy to promote the show. While the same cannot be said about the success of the show, the dystopian series landed itself a stellar marketing campaign. Imagine waiting at the bus stop, scrolling through the Facebook news feed, and with a sudden turn of the head – a human body encased in plastic, right beside you.

The campaign was received well through organic conversations on social, local news reports, and discussions on the news.

The marketing campaign for the drug war was meticulously strategized to resonate with the curious audience and get them hooked, even before the show began. Meanwhile, they started with the Narcos Bills Campaign. They tampered with real euro bills and placed traces of cocaine on them, and circulated all over France.

The bills would react to the flashlight of the smartphone and display the message ‘#Narcos’. The campaign garnered immediate response and hit the trending hours.

Another brilliant campaign was the ‘Learn Spanish with Narcos’, in partnership with Babble.com, helping fans to learn Spanish through an online platform in Narcos-style. Each campaign wreaked havoc on social media and got fans geared up for the drug war, both with and without Escobar.

Stranger things brought a glimmer of the fictional world upside down. While putting unique features on different social media platforms Netlfix allowed users to switch a camera filter on to turn backgrounds into The Upside Down. Snapchat got the best of the lot, though, with a special Lens launched creating a portal into the eerie living room from the series. Once ‘inside’, the public could find various items linked to the plot and explore the chilling surroundings.

Charlie Brooker’s cutting-edge dystopian series was one of Netflix’s clever purchases and remains a trophy piece. The latest mini-series went live in 2017, when the service first acquired the rights from Channel 4, it needed to let people know Netflix was the new home for this acclaimed show.

Taking a lead from an episode called ‘The Waldo Moment,’ it targeted Turkey’s equivalent to Reddit. Members of the community received mysterious direct messages from a user called ‘iamwaldo’, which read “We know what you’re up to. Watch and see what we do.” A fittingly bold and shocking way to garner attention given Black Mirror’s vibe.

Netflix partnered with BBH New York and gave them a new piecea as they hijacked their attention to the fictional President from the original presidential elections. Frank Underwood starred in a faux political ad that run during December 2015’s GOP Presidential debate on CNN and eclipsed the real political conversations. The fake campaign became the talk of the town. The campaign topped the trending list on Twitter and Facebook within an hour. Netflix took one step forward with – a political campaign website, a real campaign headquarters, and political campaign merchandise.