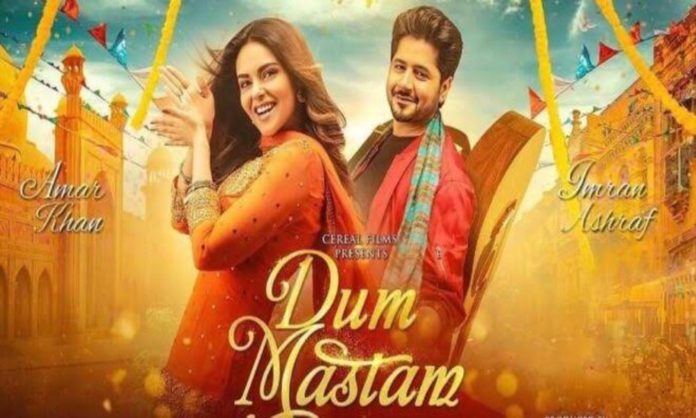 Pakistani films are back with a bang, almost after a hiatus of two years in cinemas. The public is looking forward to much-needed entertainment in cinemas after a long time. This year four movies will be presented in cinemas, and the promotional events for the movies are going on in full swing.

Here is a list of Eid releases if you plan to watch one.

Ghabrana nahi hai stars none other than Saba Qamar, and the movie is expected to be a major hit given that the actress has quite a few goods ranked movies under her belt. The crime thriller action is directed by Saqib Ahmed and stars Zahid Ahmed as the male lead.

Earlier, Ali Rehman Khan and Hania Aamir’s rom-com, Parde Mein Rehne Do, had also released its trailer, hoping to shine in cinemas on Eid. The duo has been promoting the movie for a few weeks, and Hania has been serving some major looks on the promotional sets. Take a look at the trailer below.

Read More: 5 Pakistani Horror TV Shows That Will Give You The Chills!

With Ahsan Khan and Neelam Munir as the main leads, the movie is packed with entertainment, comedy, thrill, and action. The trailer seems promising, and we can’t wait to see the chemistry of the outstanding lead actors.

Read More: 5 Netflix Shows Based On Zombies That Are Highly Addictive

Have you watched the trailers of the upcoming Pakistani movies? Which movie release are you most excited about? Let us know in the comments below.